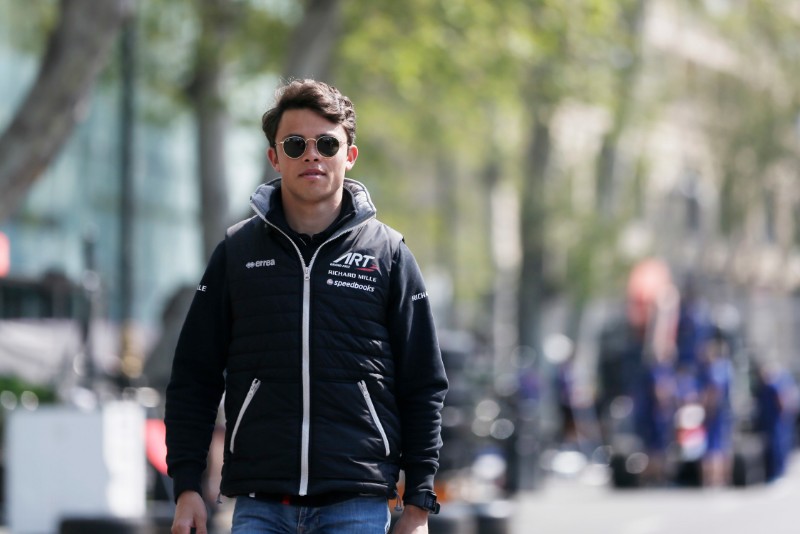 Formula 2 driver Nyck de Vries has confirmed he’s ended his association with the McLaren Formula 1 team after eight years as one of its junior drivers.

The 24-year-old Dutchman was picked up by McLaren after winning the German, European and WSK International kart championships in the KZ3 class in 2009, and then won back-to-back world championship titles in 2010 and ’11.

After off-season speculation and reports in the Dutch media, it was confirmed at the weekend that de Vries was no longer a McLaren junior, with Sergio Sette Camara’s signing as simulator driver was to replace de Vries.

De Vries made his single-seater debut in 2012 in Formula Renault 2.0, immediately impressing as the second-highest rookie in the standings, and fifth overall.

Although he won twice he failed to improve on that position in his second year but ended up dominating both the Eurocup and Alps titles in 2014. He was quicker to adapt to Formula Renault 3.5, finishing third in his sole season, but a downward step to GP3 for 2016 sapped him significant career momentum.

Since 2017 he has raced in F2, winning four races, and is currently fourth in the standings with ART Grand Prix. He concurrently races in the World Endurance Championship with Racing Team Nederland in the LMP2 class, sharing with former F1 driver Giedo van der Garde and BOSS GP regular Frits van Eerd.

De Vries has also tested for Audi’s Formula E team as well as its customer team Virgin Racing, most recently in January’s rookie test in Marrakesh.