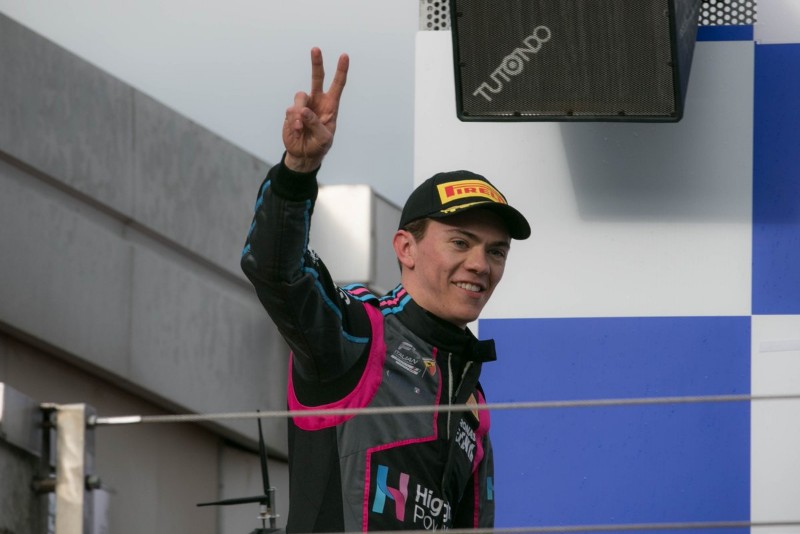 “It?s the highest level I?ve ever raced at and the competition looks intense, but I?ve been working hard over the winter, have made a strong start to the season in Formula 4 and am ready for the challenge.

Since switching from equestrian competition in 2017, Roy has been racing in a variety of Formula 4 championships.

His highest finish in his first two seasons was eighth place, but last weekend he took a pole and a podium in the Italian F4 season opener with Van Amersfoort Racing.

“The Thursday test will be very important in getting comfortable in the car because it?s totally new for me and once the event officially starts, track time is pretty limited.”

Roy’s car was driven to a 19th and 15th in the two races at the Monza season opener, which was multiple title-winning Toyota Racing Series team M2’s first weekend in the championship.

?We are extremely pleased to welcome Lucas to the team,” added M2 team principal Jonathan Moury.

“He started racing quite late, but has clearly developed significantly as a driver over the past 12 months and has started the 2019 season in by far the strongest form we?ve seen so far.

“Having missed seven days of pre-season testing plus the Monza round, he will be short on experience compared to the rest of the drivers, but we have four?official sessions on Thursday to get him acclimatised to the car before free practice begins.

“Naturally we?re disappointed to lose a driver after just one event ? especially one with Esteban?s talent and potential ? but we know he?s doing everything he can to get back behind the wheel as soon as possible and we?d be happy to race with him again.?

Muth, who raced in French F4 in 2018, finished fifth in TRS this year with the team in his rookie season.