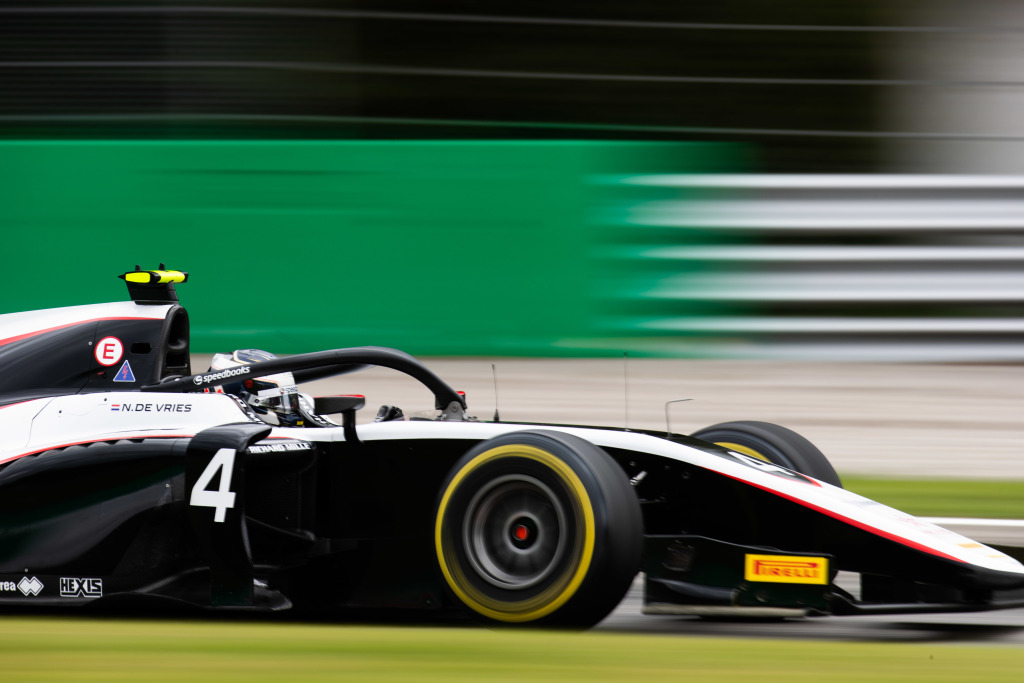 Formula 2 championship leader Nyck de Vries has been excluded from qualifying at Monza.

The ART Grand Prix driver stopped at the side of the track at the end of the session, which he finished in fourth position.

Afterwards, the required 0.8kg sample of fuel could not be provided from de Vries’ car, meaning he had all his qualifying times wiped.

A statement added: “The stewards determined that ART Grand Prix made a miscalculation on the number of laps that had been completed, as an additional lap was completed and therefore the fuel load that had been calculated before the start of the session was insufficient.”

De Vries will start the feature race “in a position to be determined by the stewards”.

Although in theory he moves to the back of the 17-car field at Monza, Tatiana Calderon did not set a time with 107 per cent after she crashed mid-way through the rain-affected session, and will need the permission of the stewards to race.

There are 34 points between the two drivers after de Vries was awarded the usual four points for his pole position at Spa, where both races were cancelled.