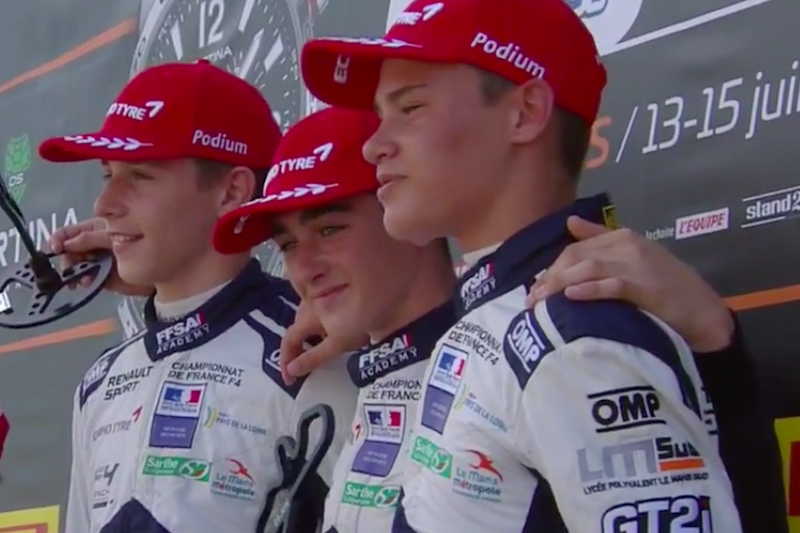 Shihab Al Habsi made a good start from pole position to lead comfortably through the first corner, but the Omani teenager was passed by Nouet down the main straight at the end of the first lap.

Nouet was able to build a gap of nearly two seconds in the two-and-a-half laps before Leclerc passed Al Habsi, and he was able to just keep extending that advantage, eventually sealing his maiden win by 6.4 seconds.

Instead of attacking Nouet, Leclerc had to defend from Esteban Muth, who he had originally passed at the first corner of the race.

In each of the last three laps, Muth made a bid to pass Leclerc at Turn 1, but Leclerc held on brilliantly to the place each time – twice by holding the inside line and then on the final lap by cutting back after Muth had gone down the inside under braking.

Caio Collet and Ulysse de Pauw finished on the tail of this battle, the Brazilian having got ahead of the Belgian at the start on his way to increasing his championship lead.

Al Habsi slipped back to 11th in the end, with Matteo Herrero taking 10th place away a few laps from the end.