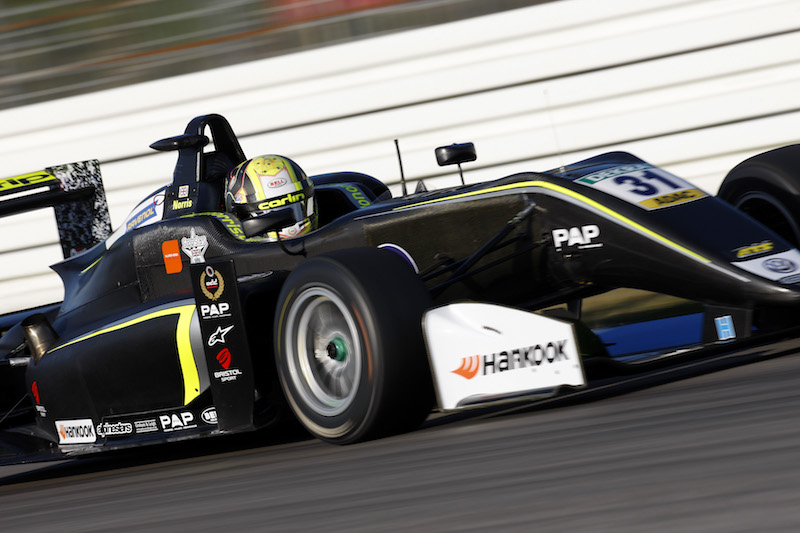 Lando Norris has clinched the Formula 3 European Championship title with second place in the first race of the Hockenheim finale, which Joel Eriksson won from third on the grid.

Norris didn?t make the best getaway from second on the grid, dropping him behind Eriksson, who then passed pole-sitter Callum Ilott into the hairpin.

Ilott attempted to fight back against Eriksson into the Mercedes Arena but was forced wide by contact from Norris, with Ferdinand Habsburg nipping past both drivers to take second.

Norris eventually passed Habsburg into the same part of the track around 10 minutes later, and tried to cut the gap to Eriksson.

For most of the race the gap between them stayed around 1.4 seconds, but on the final lap Norris closed to just 0.7s behind.

Carlin driver Norris becomes the first driver from a team other than Prema to win a European F3 title since 2010.

Norris would have clinched the title regardless of where he finished so long as Maximilian Gunther didn?t win the race, and the Prema driver could only manage 10th after starting 12th.

Eriksson?s seventh win of 2017 moves him up to second in the standings at Gunther?s expense with an 18-point advantage.

Gunther however will start the remaining two races in second and first position, with Eriksson due to start sixth and fifth.

Habsburg picked up his fourth podium of the season in third position.

After its dominance of qualifying, Prema appeared to struggle for race pace, with Ilott having to fend off interest from another Carlin driver Jehan Daruvala in order to finish fourth. 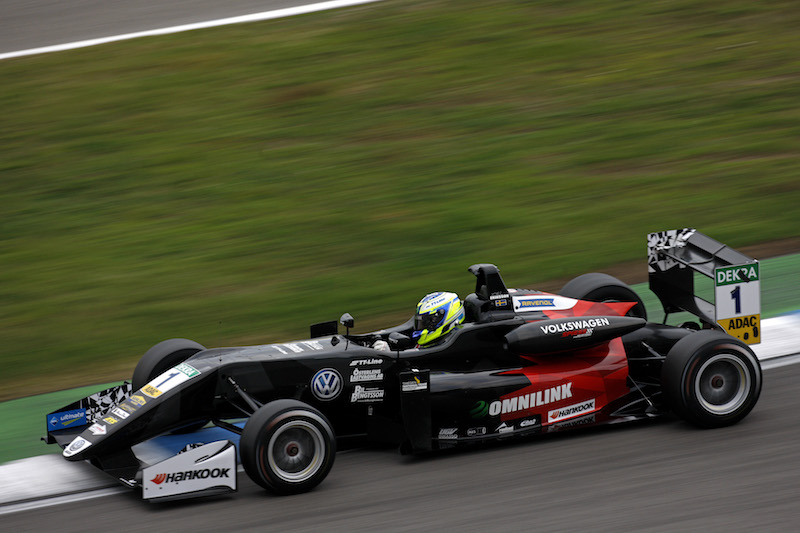