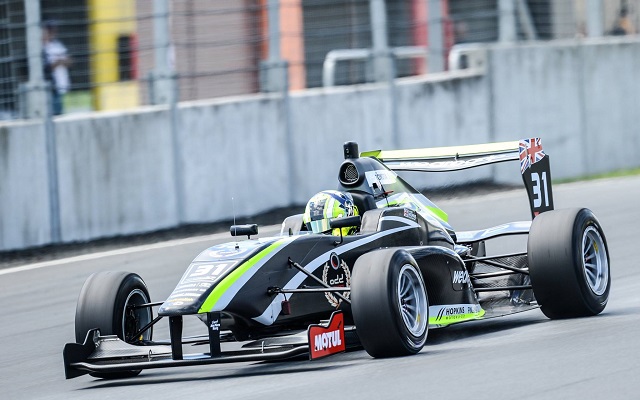 The 16-year-old first outpaced Pedro Piquet by less than a tenth in a twice red-flagged first session, which saw crashes from Nicolas Dapero and Timothe Buret.

Ferdinand Habsburg found himself more than half a second down in seventh, while Kiwi duo Brendon Leitch and Taylor Cockerton and single-seater newcomer Devlin DeFrancesco completed the top 10.

While Norris and Piquet continued to occupy the top two positions, the difference between them grew into?more than three tenths.

Leitch ended up eighth, while Cockerton was edged out by DeFrancesco for ninth.