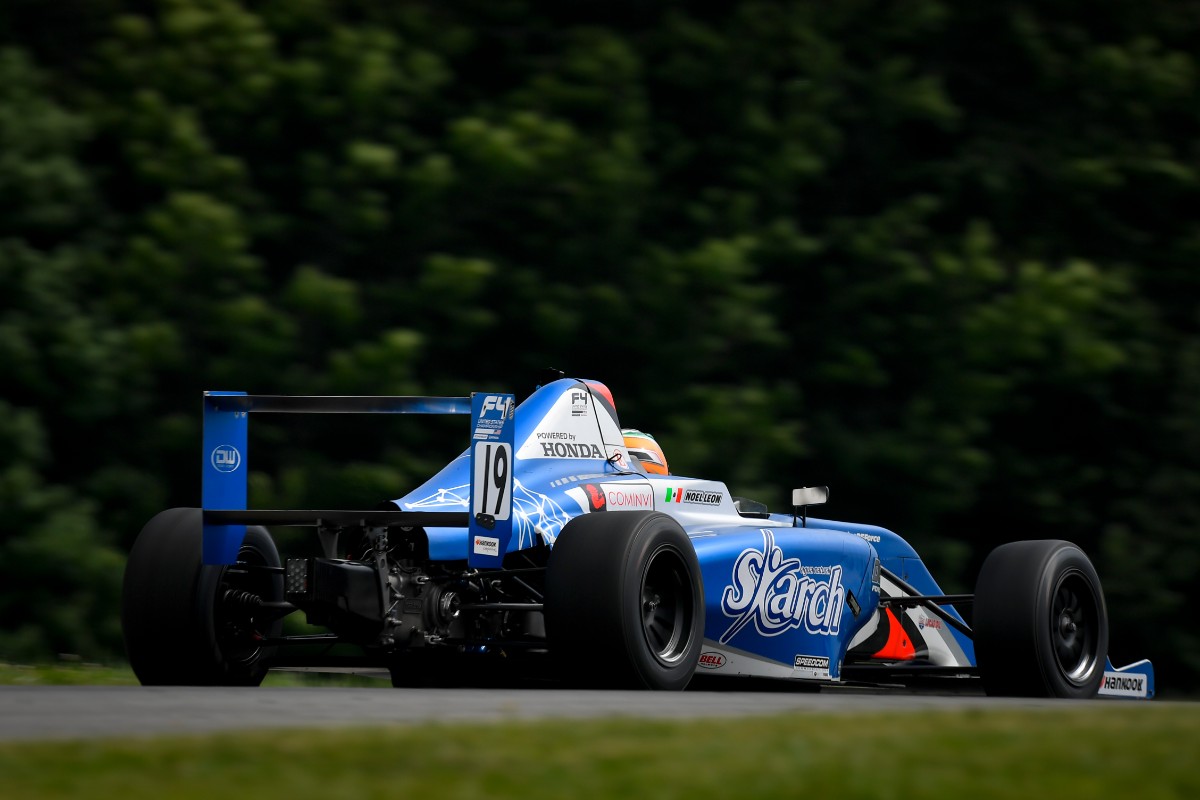 The cancellation of qualifying due to heavy rain meant Leon started race one on pole, and he converted it into victory two of the season.

He led away title rival Jason Alder fine, but behind there were incidents at the first corner that led to the race being neutralised and then eventually red flagged as Alliance Racing’s Will Edwards was extracted from his car and Momentum Motorsports’ Lucas Mann, who started from the pitlane, went off independently.

The restarted race didn’t include Alder, as his clutch failed, and left Leon with less to worry about up front.

There was another FCY though as Joe Ostholthoff stalled, and this interruption left Leon with just one full racing lap to hold onto his lead.

Clark had the better of Leon for much of race two, leading under pressure until a caution period caused by Trevor Russell going off.

There was no escape for Clark on the restart, with Leon getting past after a lap and then pulling away to win. Behind Clark was Alder, while there was a decent gap back to Alliance’s Hayden Bowlsbey and Jay Howard Driver Development’s Seth Foley.

After setting fastest lap in race two, DC Autosport’s Rodrigo Gutierrez started from pole for race three. He held his lead into the opening corner ahead of Leon, but Clark was able to get by both in the early laps before a full course yellow period.

Leon also cleared Gutierrez before the FCY, while Alder and JHDD’s Bijoy Garg disputed fourth. The FCY restart led to more chaos, with Oscar Haffar losing a wing, and racing was neutralised again.

Clark kept his head on the second restart and defended against Leon to win for the second time this season, with Gutierrez just behind them and Garg and Chase Gardner very close in fourth and fifth.

Alder ended up a lapped 24th, and Deukmedjian failed score points too, meaning Leon now leads by 46.5 points over Clark.