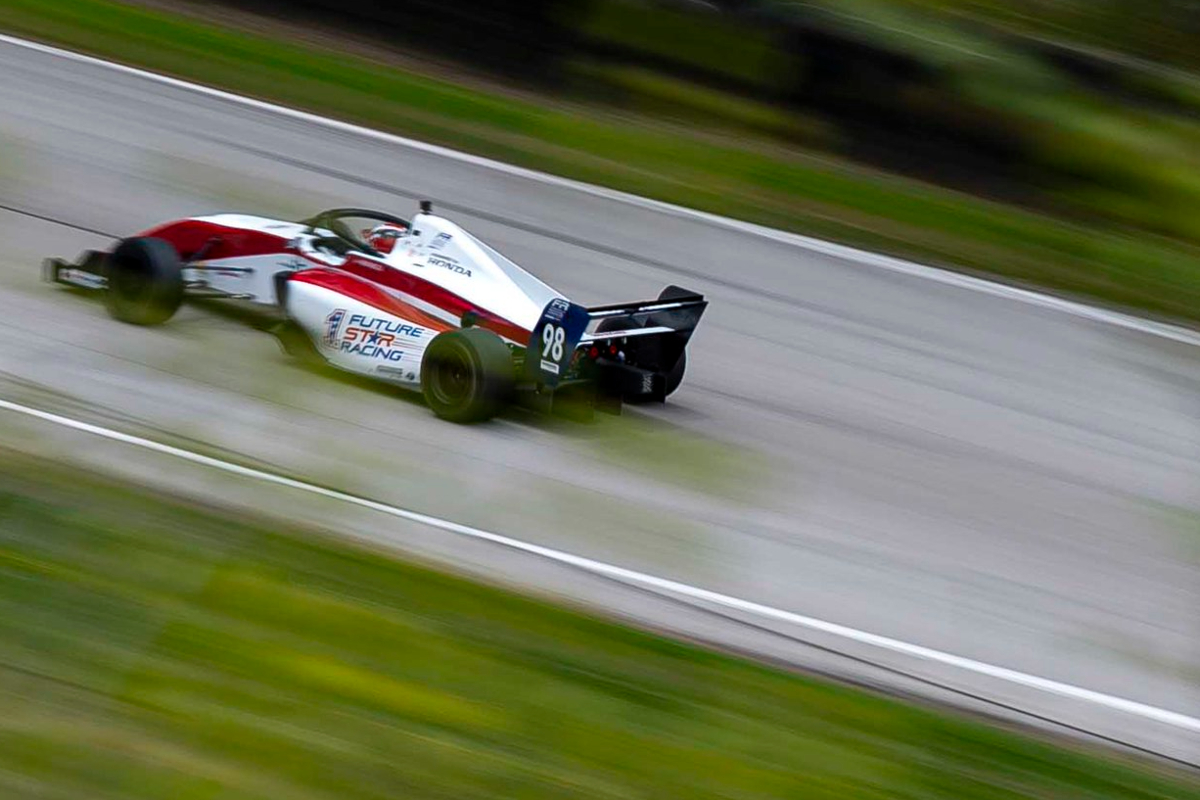 Qualifying was washed out and so the grid for race one was set by the results from free practice, with Team Crosslink’s Joshua Car on pole by 0.111 seconds from series returnee Jacob Abel who was being co-run by Newman Wachs Racing and his family’s Abel Motorsports outfit.

The track was dry by Saturday for race one, which began with Velocity Racing Development’s Hunter Yeany immediately peeling into the pits.

Car quickly pulled away from Abel before a full course yellow on lap four as championship leader Kyffin Simpson and Ernie Francis Jr had incidents. Francis could recover from his spin, but Simpson need a tow truck’s help.

When racing resumed, Abel upped his pace and started chipping away at Car’s lead. The Australian responded, and held on to win by a second.

NWR’s Jordan Missing completed the podium, and Jay Howard Driver Development’s Christian Bogle came fourth after mechanical issues took Dylan Tavella out of the equation. Yeany was the last driver on the lead lap in 10th.

Abel started on pole for race two, and spent the first half fending off Car. In the closing laps there was a collision between Varun Choksey (TJ Speed) and Missing that broke the latter’s suspension and led to a full course yellow.

Racing resumed in time for a final lap shootout, and again Abel fended off Car to take his first win since his Road Atlanta double in 2019. Simpson finished third, denying Francis – winner of the series’ diversity scholarship – a maiden single-seater podium.

He made up for that in race three, which started with getting into second place behind Car after a frantic opening few seconds that briefly featured drivers going three-wide.

Abel then went off and caused a caution period, and after the restart Francis fought his way through to lead. Car challenged him back, before going off too, making Simpson then his rival for victory.

He couldn’t get past though, meaning 23-year-old Francis – a four-time top-class Trans-Am champion – became an F3 winner in just his ninth single-seater race.