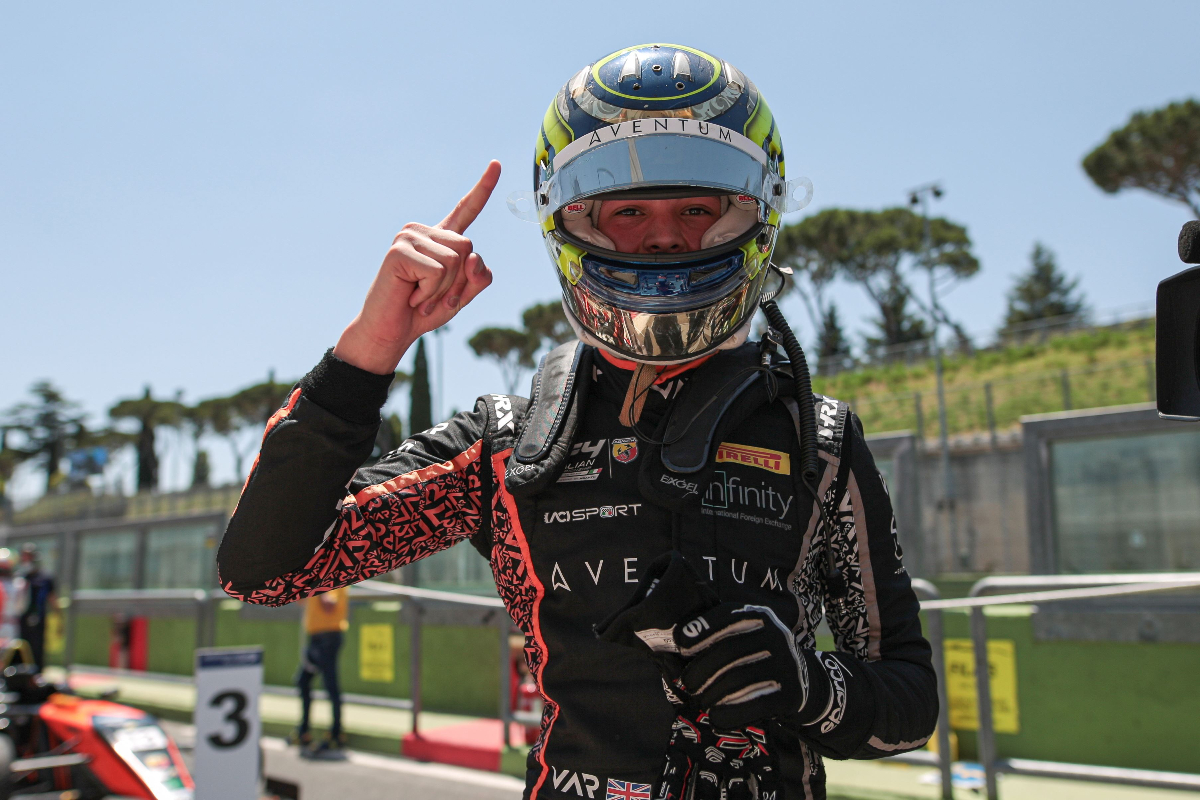 Ollie Bearman won his fifth successive Italian Formula 4 race as Cenyu Han had a spectacular accident that caused a red flag at Vallelunga.

Bearman got a good start and resisted pressure from Prema’s Sebastian Montoya in the opening moments of the race before a safety car was brought out for separate incidents involving Samir Ben and Erick Zuniga.

On the restart on lap four, Van Amersfoort Racing’s Han battled with Mucke Motorsport’s Joshua Duerksen through the high-speed Curve Grande. Han squeezed Duersken onto the kerb, but then Duersken hit Han and snapped his suspension on impact.

The pair went into the gravel, and Han was launched into a triple roll. Han clambered away from his car, but the race was red-flagged for around 25 minutes.

Shortly before the red flag was called, Bearman locked up and ran wide and Jenzer Motorsport’s Francesco Braschi crashed out at the same turn moments after. Fortunately for Bearman, the results were taken back to the end of the third lap which was behind the safety car.

The race then ran to aggregate timing with 19 minutes on the clock and the drivers completed 13 more laps after the restart.

Once again, VAR driver Bearman found himself under constant pressure from Montoya as the pair pulled away from US Racing’s Tim Tramnitz. Despite an attempted lunge from Montoya on the final lap, Bearman was able to hold on to win.

Lorenzo Patrese, Pedro Perino and Vittorio Catino all hit issues. Patrese was in points contention before an apparent mechanical issue, while Jonas Ried pulled over on lap one of the race but did the fill distance of the second leg.