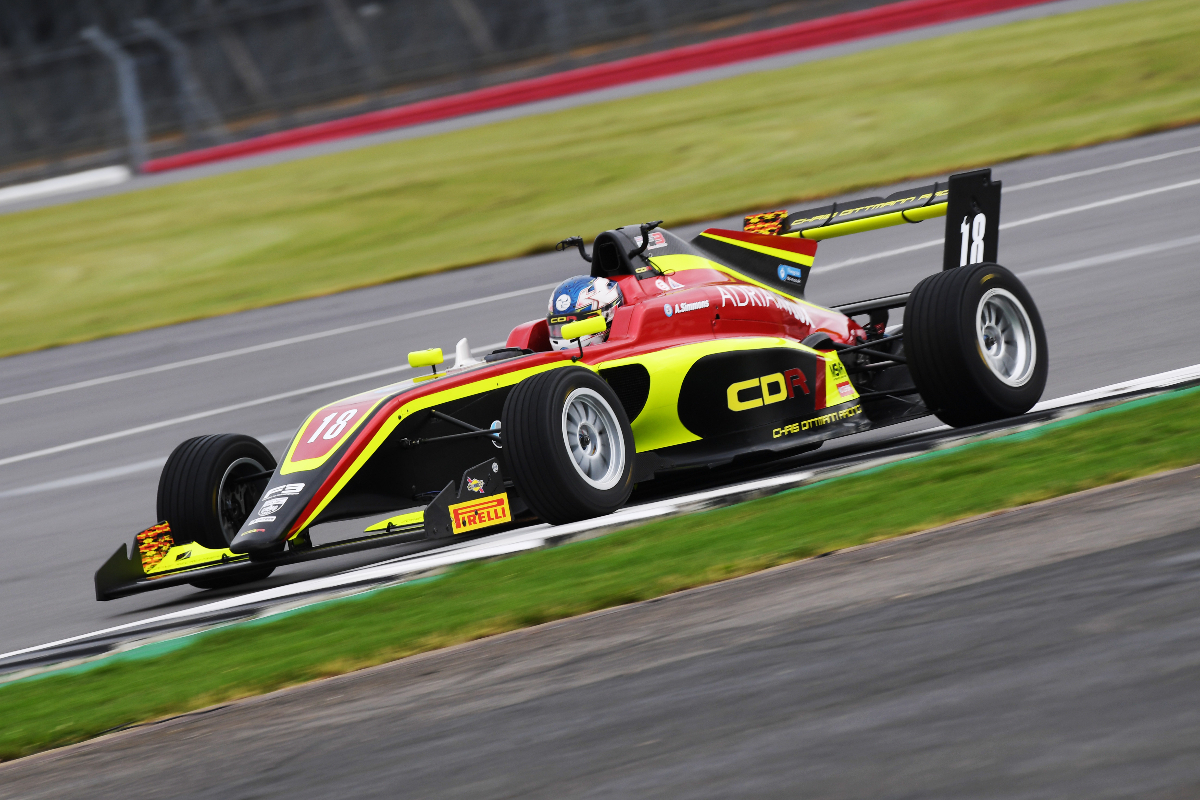 Ayrton Simmons took his second BRDC British Formula 3 victory of the season by winning the reversed grid race at Silverstone.

The Chris Dittmann Racing driver took the lead on lap two after starting from fourth and, after a mid-race safety car period, led home Arden’s Alex Connor and Fortec’s Roberto Faria by less than one second.

Douglas Motorsport’s Reema Juffali led into Copse from pole, but was passed by CDR pair Max Marzorati and Simmons through Maggotts and Becketts.

Simmons overtook his team-mate for the lead into Brooklands on lap two, with Carlin’s Bryce Aron trying to also make his way past around the outside of Luffield.

But Aron damaged his front wing and ran through the gravel after making slight contact with Marzorati, who suffered a rear-left puncture.

Connor took advantage to move into second, with Faria taking third from Juffali.

Simmons gained an advantage of over a second from Connor before the safety car was deployed following a collision at Brooklands that put Fortec’s Mikkel Grundtvig and Hitech GP’s Bart Horsten out of the race.

A great restart ensured Simmons held on to his lead, with Connor and Faria closing in on the final lap.

Juffali was a further 3.2s behind in fourth, scoring her best result so far.

Elite Motorsport’s Jose Garfias was fifth ahead of team-mate Tom Lebbon and Arden’s Frederick Lubin. Garfias pulled a spectacular late overtake on Lubin with two wheels on the grass on the Wellington Straight.

A similarly frenetic battle raged for eighth, with Sebastian Alvarez beating Carlin’s Zak O’Sullivan and Hitech team-mate Reece Ushijima – the latter two having made up ground from the rear of the grid.

Dexter Patterson excluded from BRDC British F3 round at Silverstone