Dexter Patterson excluded from BRDC British F3 round at Silverstone 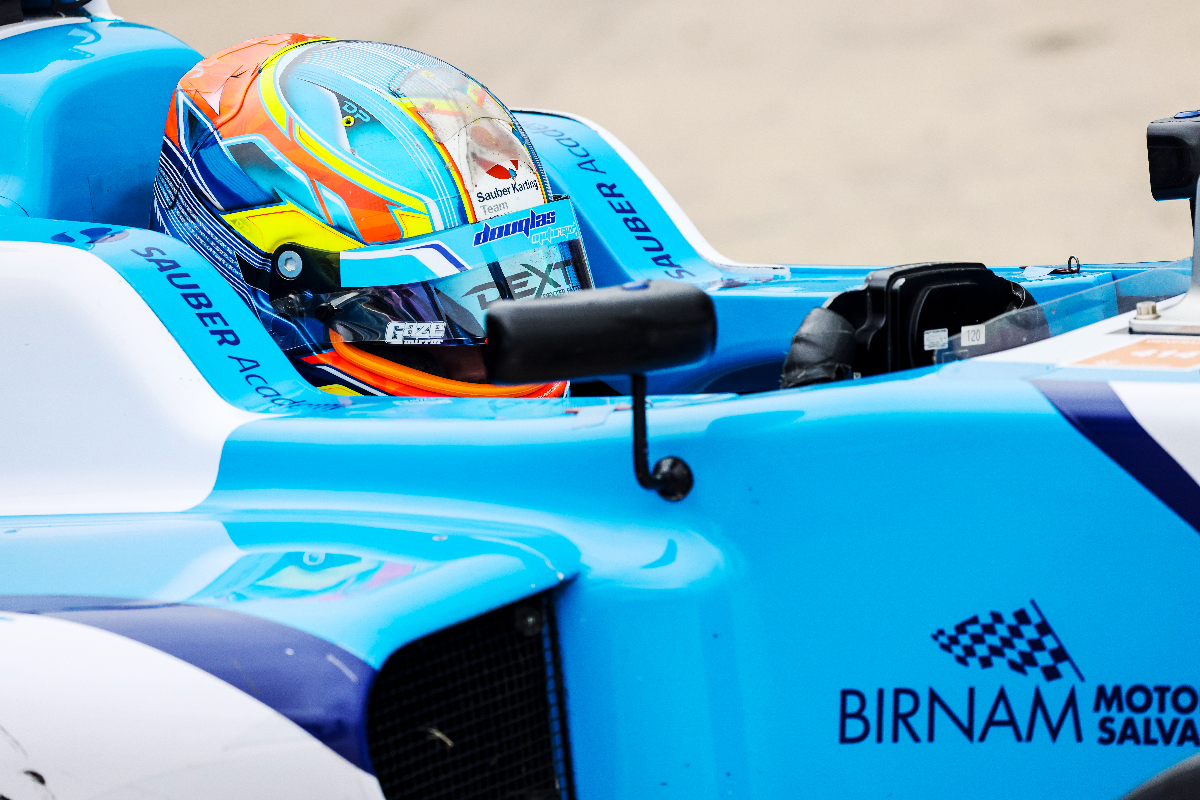 Douglas Motorsport’s Dexter Patterson has been excluded from the BRDC British Formula 3 meeting at Silverstone.

In a report issued by the clerk of the course, Patterson was found “guilty of contravening Motorsport UK Regulation C1.1.9 (abusive behaviour, physical assault, or threats of physical assault within the area under control of the Organising Club)”.

The Scottish teenager finished 17th in Sunday morning’s race following contact with Carlin’s Bryce Aron, and Formula Scout understands that after making it to parc ferme he had an argument with a marshal as well as Aron.

He has now been disqualified from the weekend’s first two races, having originally finished sixth in Saturday’s encounter, and will not take part in race three. In the championship standings, he has dropped from 12th to 15th.

Patterson is a protege of Sauber, the company behind the Alfa Romeo Racing Formula 1 team. The Swiss organisation backed his karting career and his maiden season in single-seaters in Italian Formula 4.

After coming 22nd in the series in 2020, with a best finish of eighth, it was uncertain whether he would continue to be a member of the Sauber Academy, but he ended up securing its support for another year as he stepped up to British F3.

Arden’s Frederick Lubin was also handed a 10-second time penalty in race two at Silverstone, as he was deemed to have passed Carlin’s Christian Mansell with all four wheels off the track.