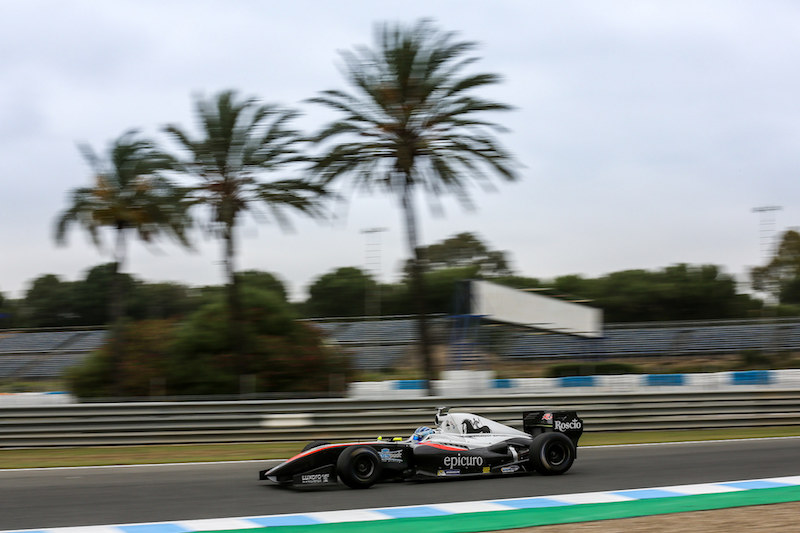 Roy Nissany fought off a late attack from Pietro Fittipaldi to take his first win of the World Series Formula V8 3.5 season in race one at Jerez.

Nissany took?the race lead from Egor Orudzhev at the start when the pole-sitter got away slowly.

Orudzhev then made contact with Yu Kanamaru approaching the first corner, and although the SMP Racing driver retained second, his car slowed to a stop at turn two just four laps?in to the race.

The incident brought out the safety car, putting Fittipaldi right behind the new race leader, but the Brazilian couldn’t find a way past Nissany on the restart, and fell away from the RP Motorsport driver as the race progressed.

In the final few laps, Fittipaldi managed to close back in on the race leader, but he was never close enough to find a way past.

The pair were joined on the podium by Matevos Issakyan, with Rene Binder following him across the line.

Nelson Mason was the only driver to make up a position on the restart, slipping past Alfonso Celis and into P5. Mason couldn’t build up a gap to Celis, though, and spent the remainder of the race with the Fortec driver and Kanamaru on his tail. He finished the race 20 seconds behind Binder.

Konstantin Tereschenko, Diego Menchaca and Guiseppe Cipriani rounded off the top ten and the last of the finishers.