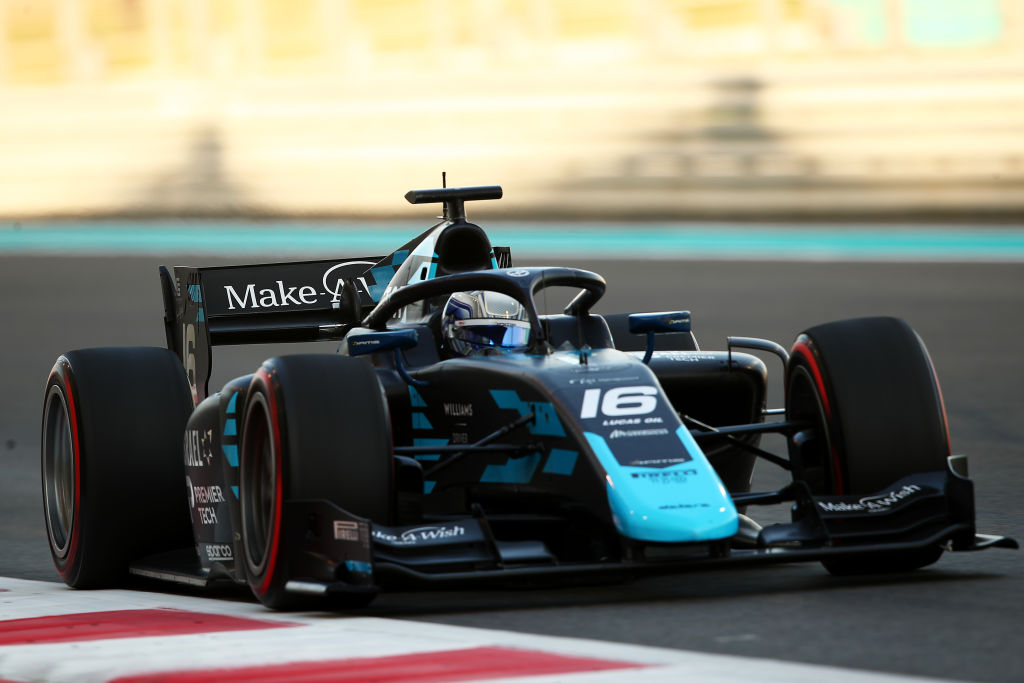 Roy Nissany has credited his recent race ban for qualifying on the front row for the first time in Formula 2.

The DAMS driver was second fastest in qualifying at Yas Marina Circuit on Friday as he made his F2 return after missing the previous round at Monza due to his tally of penalty points earning him a race ban.

Nissany is in his fourth F2 season, and his previous best qualifying result was a fifth place at Monza in 2020. His other top-10 results were seventh in Monaco and eighth at Silverstone in 2021, and sixth at Imola this year.

“It was certainly surprising,” he said of qualifying on the front row.

“I have to admit when my engineer told me on the radio it was P1, I asked him ‘repeat please’. And he said ‘sorry, it’s P2 because Ayumu [Iwasa] is P1’. It was definitely surprising. I know it was a late lap, i think our car was very good. I’m happy I was able to put it all in one lap. It seems like the hard work we’ve been putting in this time off has paid off, because it really was hard work.”

On what led to the breakthrough result, he added: “I wish I knew for sure, but many things can be assumed.

“Firstly, after my ban from Zandvoort I had some good time to think and look at the race from the outside. It gives an amazing perspective seeing your car being driven by another. It gave me some sort of reset. And also the break, and a bit of a different approach in terms of [works] and different philosophies. Some stuff to try for the last race, that was more or less a gamble, nothing big but definitely a change. And it made it work.

“But at the end, the lap itself I cannot say that it was something much more special than anything I’ve done in the past.”

DAMS’ qualifying form since the introduction of 18-inch tyres to F2 in 2020 has often been hampered by a difficulty in bringing heat into the core of the tyres as quickly as rivals do. But the team seems to have overcome that this year as Nissany’s team-mate Ayumu Iwasa claimed pole at the Hungaroring and at Yas Marina.

“Warming the tyres in this category is [becoming] more and more hard, in my opinion,” Nissany said jokingly to Formula Scout.

“And you have to master it very, very well. You have to treat these tyres like they’re your baby and he has very special needs. You have to learn very well how the environment and the conditions around you effect him.”