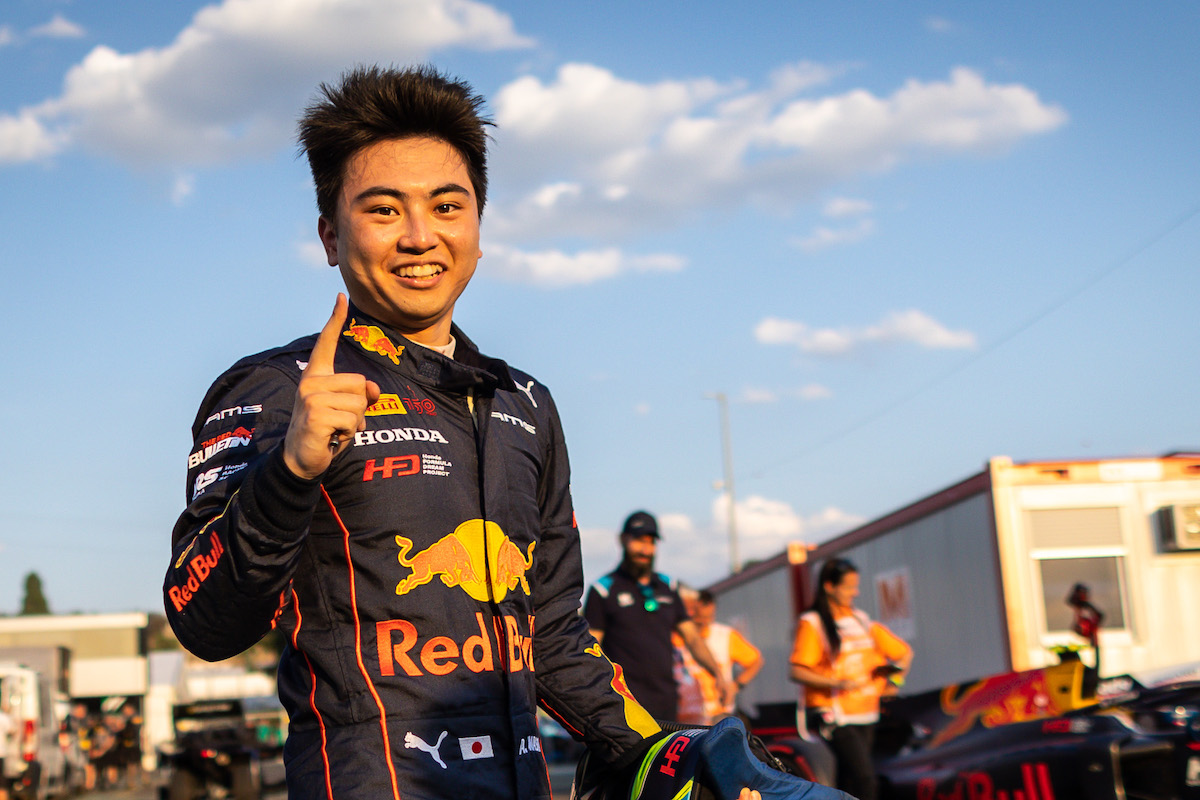 DAMS locked out the front row of the grid for the last race of the 2022 Formula 2 season at Yas Marina with Ayumu Iwasa claiming pole postion ahead of Roy Nissany.

This is Iwasa’s second pole of the year and Nissany’s best every qualifying result in F2. The top 15 was covered by half a second.

ART Grand Prix’s Theo Pourchaire was the first driver to top the times. Virtuosi Racing’s Jack Doohan climbed then to the top shortly before his team-mate Marino Sato spun round at turn 13 and stalled, bringing the red flags out.

The session resumed five minutes later, and all drivers went out on track again on the same set of super-soft tyres.

Pourchaire improved his previous laptime, but it wasn’t enough to beat Doohan’s benchmark of 1m36.677s. Prema drivers Jehan Daruvala and Dennis Hauger were third and fourth respectively after those initial runs, followed by Iwasa in third place.

The Frenchman reclaimed the fastest time with five minutes remaining on the clock, followed by Carlin’s Logan Sargeant and MP Motorsport’s Felipe Drugovich.

DAMS’ Roy Nissany surprised setting the fastest time with one minute to go. However, there would still be time for Iwasa to better his team-mate by 0.036s.

The red flag was then out again due to Trident’s Zane Maloney, who is debuting this weekend, spinning at turn nine. The session didn’t resume meaning DAMS locked out the front row of the grid.

Sargeant classified in sixth place in his pursuit of a Formula 1 superlicence. Trident’s Richard Verschoor was 10th fastest and, therefore, will start Saturday’s sprint race from reversed grid pole. Carlin’s Liam Lawson will line up alongside him.

Juan Manuel Correa took 18th place in his return to the series with Van Amersfoort Racing.