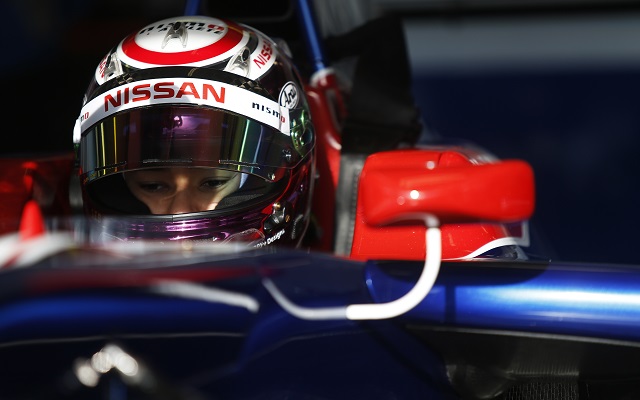 Nissan have confirmed that their protege Jann Mardenborough will race for Carlin in this year’s GP3 Series.

The 23-year-old is testing for the British squad in the opening pre-season running at Estoril this week, and it’s now been announced that he will spend a second year in GP3 alongside his commitments with Nissan’s new LMP1 project.

He takes the vacant seat at reigning champions Carlin, with whom he contested his maiden season of single-seater racing in Formula 3 in 2013.

?I was thinking at the start of the year that it would be amazing to do both LMP1 and GP3 so I?m very happy and surprised that this has happened,” he said.

“The championships are relevant to each other – all racing is – but they do require different skills. GP3 is short sprints so the racing is very aggressive from lap one until the flag, whereas in LMP1 the races are between six and 24 hours long so the ability to quickly change strategy is required along with the obvious need for physical and mental endurance.?

?It?s great to go back to Carlin for GP3. I made my single-seater debut with them and they are a very professional outfit. I want to be a winner so I’m going to be using what I learnt last year to improve my performance and to challenge for podiums and lots of points.?

Trevor Carlin added: ?Jann completes an extremely strong line-up for us.? Having worked with him in F3 and seeing him continue to develop in GP3, I have no doubt that Jann will be a potential race winner from the start.

“It?s fantastic to see the path his career has taken; from a gamer at home to a competitive GP3 racer on track and we?re thankful to the GT Academy and Nissan for entrusting us with this next step in Jann?s single seater career.

“Our aim is to retain both the drivers? and teams? titles and with Jann, together with Antonio and Mitch I think we have a very capable team with which to attempt that. ?

The winner of Nissan’s GT Academy competition for PlayStation gamers in 2011, the bulk of Mardenborough’s racing for the past two years has come in single-seaters rather than through the Japanese marque’s sportscar projects.

Jumping into European F3 with just a season of GTs behind him proved tough and he was 21st in the final standings, but he was a podium finisher in the British series.

For last year he switched to GP3, driving for Arden, and claimed ninth in the points as well as taking a win in the reverse grid race at Hockenheim.

Additional single-seater mileage came in the Toyota Racing Series in New Zealand at the start of both 2013 and 2014, finishing runner-up last year.

This year, Mardenborough is part of the driver line-up for Nissan’s assault on the World Endurance Championship with their new LMP1 challenger, although the car’s debut has now been delayed until the Le Mans 24 Hours in June.

His first drive of a GP3 car came with Carlin in the Abu Dhabi test at the end of 2013 before joining Arden, who had won that year’s drivers title with Daniil Kvyat. He now rejoins Carlin after their success with Alex Lynn, and partners Antonio Fuoco and Mitch Gilbert at the team.

23 of the available 24 GP3 seats for this season have now been filled, with the only vacancy remaining at newcomers Campos, although they are only running their two signed drivers at Estoril.