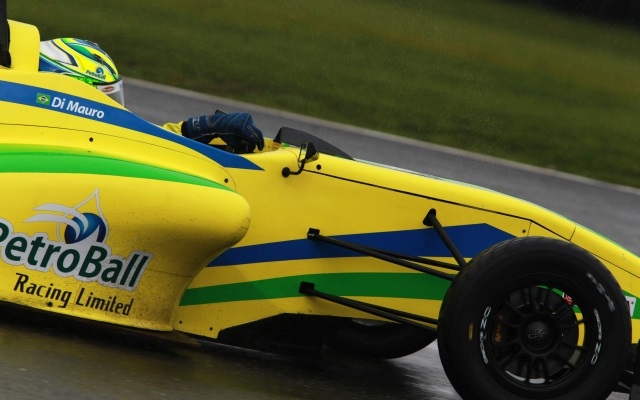 Brazilian team PetroBall Racing has been forced to miss the 2015 BRDC F4 Championship due to funding issues.

Oil company Petrobras, which also sponsors Formula 1 driver Felipe Massa, have found themselves under investigation due to bribery allegations, affecting their support of PetroBall this year.

While they will miss the regular 2015 season, they plan to return with the championship’s new Tatuus F4 car which is planned to debut in the 2015 BRDC F4 Winter Championship.

PetroBall enjoyed a great first season in the series last year with driver Gaetano di Mauro claiming a victory at Brands Hatch and two further podiums to finish eighth in the standings.

More success came in the 2014 Winter Championship where they enjoyed two further wins with di Mauro, who finished runner-up to Will Palmer, while also running a second car for Enzo Bortoleto. The duo were set to race with the team again this season.

?Unfortunately PetroBall Racing will not be running in the main BRDC Formula 4 Championship in 2015,” said team princial Jose Sabathe.

“We have encountered funding issues due to our parent company?s situation and they cannot supply any investment to run the team this year. We have absolute trust in MSV organising the championship and have a firm plan to be back on the grid with two new Tatuus F4 cars for the Winter Series.?

Series boss Jonathan Palmer said that the two drivers would be helped to find seats with other teams in time for the beginning of the season.

?It?s a great shame that issues in Brazil will prevent PetroBall from running in BRDC F4 in 2015 and I feel very sorry for team principal Jose Sabathe in particular, who has worked so hard on this project,” said Palmer.

“We will now make every effort to assist their two drivers, Enzo Bortoleto and Gaetano di Mauro, in finding alternative seats ahead of the opening rounds of the season at Oulton Park on Easter weekend, as the grid continues to fill up with yet more new teams and drivers.?