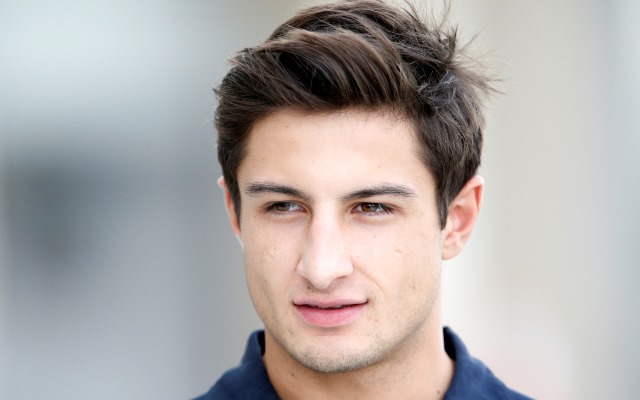 The New Zealander will contest the iconic race in France and the preceding round of the World Endurance Championship at Spa – a traditional warm-up for Le Mans – with the Jota Sport team in the LM2 category.

Evans will take the place of Filipe Albuquerque – who is contracted by Audi to drive their additional LMP1 entry for the two races – in Jota’s usual line-up. The team won the smaller prototype class at Le Mans last year.

He will be alongside team regular Simon Dolan and newcomer Nick Yelloly, who is doing the full European Le Mans Series with Jota after making the switch from single-seaters.

The 2012 GP3 champion is the protege of Mark Webber, who races for Porsche in the WEC since calling time on his Formula 1 career at the end of 2013.

Evans finished fourth in his sophomore year of GP2 last season, taking back-to-back feature race wins at Silverstone and Hockenheim, and will continue with the Russian Time squad again for the upcoming campaign.

“I?ve never raced a sportscar and only drove one for the very first time last month but I don?t see this an issue,” said the 20-year-old.

“I’ll use my single-seater experience to get to grips with the LMP2 prototype as fast as possible. I’ve followed sportscar racing for many years and Le Mans has always been on my ?bucket list?.

?My aim at Spa will be to learn this new style of racing and gaining experience with driver changes. For Le Mans, the goal will be to help Jota win LMP2 again.

?I visited Le Mans for the first time last year and honestly?didn’t realise the size of the event ? in terms of the track itself and the spectacle as a whole. I’d watched it previously on television but?you cannot appreciate the magnitude of the event until you actually visit the place. I?can’t wait to?experience my first laps around there at the test in May. I am so excited and can’t wait to get started.?

Dolan said: “I?m very excited to welcome Mitch to Jota Sport. Hopefully he will help us in successfully defending our Le Mans LMP2 title. He is without doubt one of the best young single-seater drivers out there. With a proven track record of speed and bringing a car home in one piece. I?m sure he?ll adjust quickly to sportscar racing and I am certain he?ll fit in with JOTA Sport immediately.”

Yelloly added: “I?ve been friends with Mitch since 2011 when we were both racing in the GP3 Series that year. We?ve been on the same GP2 and GP3 bills in recent years so we?ve often seen each other around and about.

?Mitch will be a great addition to the Jota team. He’s quick, sensible and is a good racer.? The transition into working with each other as team-mates, even though it?s for only two races, will be straightforward and seamless. I have no doubt that he will be a great asset to Jota.?

Michael Waldherr teams up with Motopark in ADAC F4