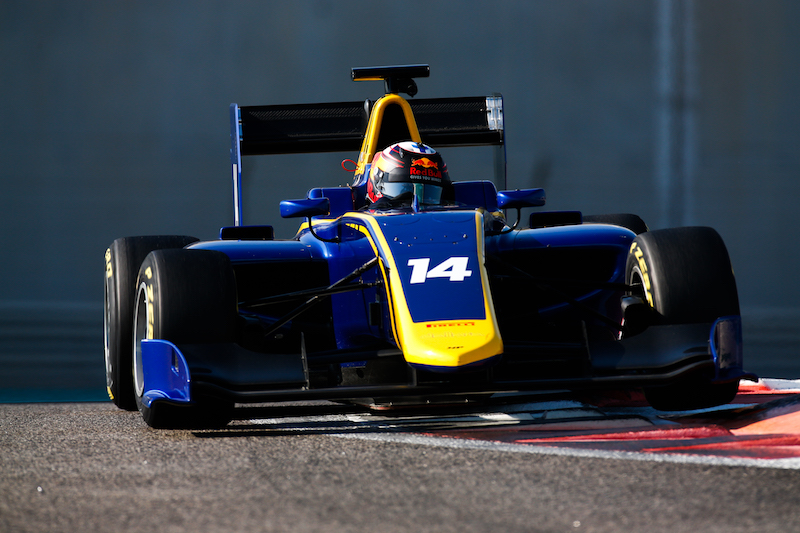 Kari, who won race one at the final round of the season on Saturday, posted the day’s best time of 1m54.960s in the morning session as MP Motorsport took over the three DAMS cars ahead of its debut season in 2018.

The Finn was the only driver below the 1m55s mark all day, with Alessio Lorandi second fastest in the morning and overall following a switch from Jenzer Motorsport to Trident.

Callum Ilott was third overall and top in the afternoon on his first day in a GP3 car with ART Grand Prix, ahead of an expected campaign in 2018.

He was just 0.003s faster than Trident driver Giuliano Alesi, with Leonardo Pulcini third in the afternoon ahead of another debutant Jehan Daruvala at Arden.

Lorandi and Pedro Piquet followed for Trident in front of Kari, the ART pair of Nikita Mazepin and Jake Hughes and Gabriel Aubry of MP.

Behind the top two, times were generally slower in the morning, with Alesi third in front of Daruvala, Ryan Tveter, Pulcini and Hughes.

On day two, Formula Renault Eurocup frontrunner Max Defourny will be in action for MP Motorsport in place of Aubry, BRDC British F3 race winner Ben Hingeley will take over from Job van Uitert at Jenzer and Campos will swap Louis Gachot in for Thiago Vivacqua.