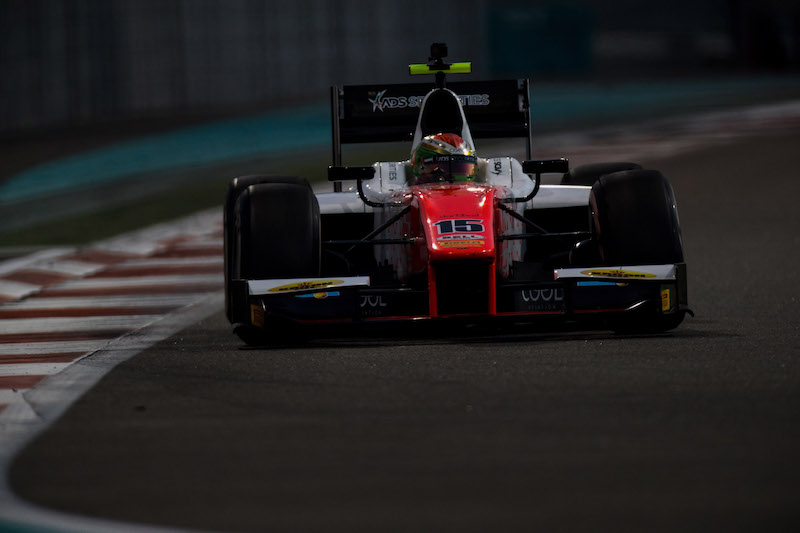 Deletraz, joining up with MP Motorsport for the three-day test after competing for Racing Engineering and then Rapax in his rookie F2 campaign, set a 1m48.282s in the evening session at Yas Marina.

He was 0.045 seconds quicker than second-placed Alex Albon, who has made the switch from ART Grand Prix to DAMS.

Norman Nato returned to Racing Engineering and was third in front of Trident’s Santino Ferrucci and new Prema signing Nyck de Vries, who completed just four laps in the opening session due to an engine issue.

After making his F2 debut with Campos last weekend, Norris is continuing to test with the team this week and led the first session on a 1m49.084s.

He was then sixth in the evening ahead of full debutant and GP3 champion George Russell at ART. Luca Ghiotto was eighth for MP, Artem Markelov stayed on at Russian Time and took ninth with another newcomer Arjun Maini 10th for Trident.

Jack Aitken was 11th for ART having ended his first session in an F2 car in second place behind Norris.

Deletraz was third in front of Albon, Ferrucci, Russell, Ghiotto and Nato.