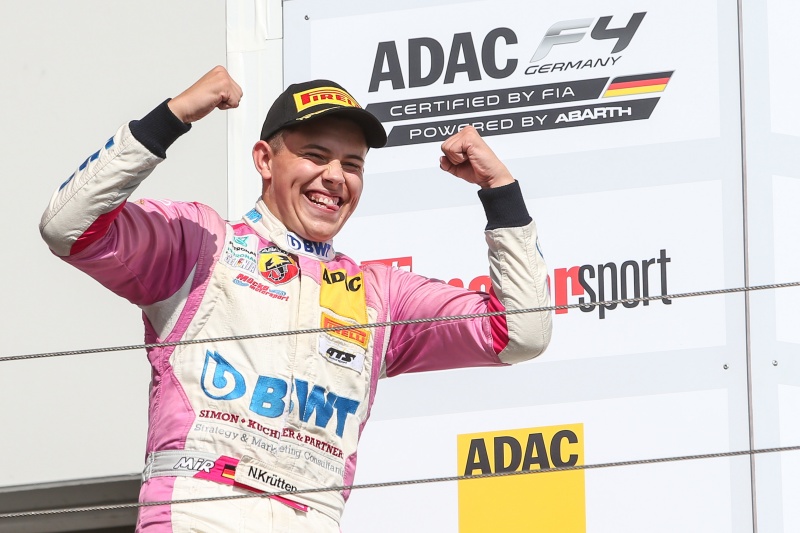 Sixteen-year-old Krutten will compete in his second season in both the Italian and German F4 series, having spent 2018 racing in the championships with Mucke Motorsport.

He made the step up to car racing at the end of 2017, when he joined Mucke for the 2017-18 Formula 4 United Arab Emirates championship.

Krutten finished 13th in the Italian championship, with a best finish of sixth in the penultimate round of the season.

The German campaign was more successful, with Krutten taking his maiden F4 win at the Nurburgring on his way to eighth in the overall standings and second in the rookie championship.

Krutten, part of the same ADD Management stable as Lando Norris, hopes to build on that success as he moves to Van Amersfoort Racing for the upcoming season.

?After a good championship last year, I believe I have what it takes to be even more competitive in the upcoming season,” he said.

“With the support of Van Amersfoort Racing, who have shown to be one of the best F4 race teams out there, I?m convinced I will be able to make big steps forward.

?I can?t wait for the series to start.?

?During testing, which is already on-going, Niklas shows good progress each time we hit the track,? Niessink said. ?He has an impressive drive to perform, making him a pleasure to work with.

?Competing in two championships simultaneously has quite an impact on both driver and team, but we have great confidence and are very much looking forward to a successful season.?

Krutten is the first driver to be confirmed for the 2019 Italian F4 championship, and joins US Racing?s Theo Pourchaire as the only drivers announced so far for the ADAC F4 championship.