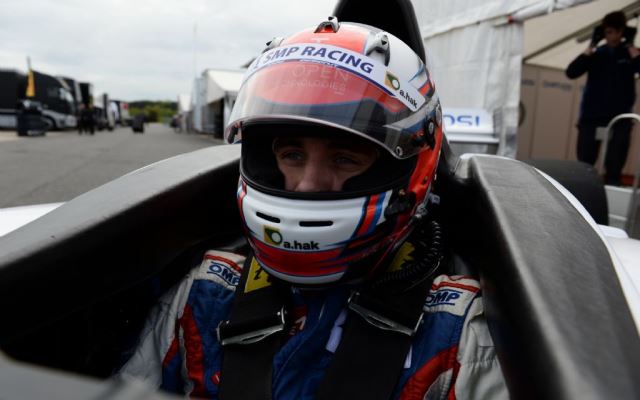 Nikita Zlobin will step down to EuroFormula Open this year with Teo Martin Motorsport after his appearances in Auto GP and Formula Renault 3.5 in 2015.

The SMP Racing driver stepped up from German Formula 3 and into Auto GP at the start of last season, sitting fourth in the standings when the series was halted. He later moved into FR3.5 for the final two rounds of the season with Pons Racing.

He went on to test with Carlin and Spirit of Race alongside Vladimir Atoev, who SMP has since placed with the latter team.

Zlobin’s link to the team comes through Emilio de Villota Jr, who was team manager at Pons last year.

“This year I think it’s a good chance for me to show myself and to prove my talent and this team is surely a good choice for that,” said 19-year-old Zlobin.

“I’ve known Emilio since I did 3.5 last year, I’ve been already working with my engineer in another category, the mechanics are good, they’re all professionals and I enjoy working with them, so I think we’re going to be strong.”

Team owner Teo Martin added: “Nikita is very young but he has shown talent and maturity in other categories as Formula Renault 3.5 or AutoGP last year, progressing steadily and working with the right attitude.

“We appreciate SMP Racing’s trust in our team for 2016. We hope it will be the beginning of a long lasting and successful relationship.”