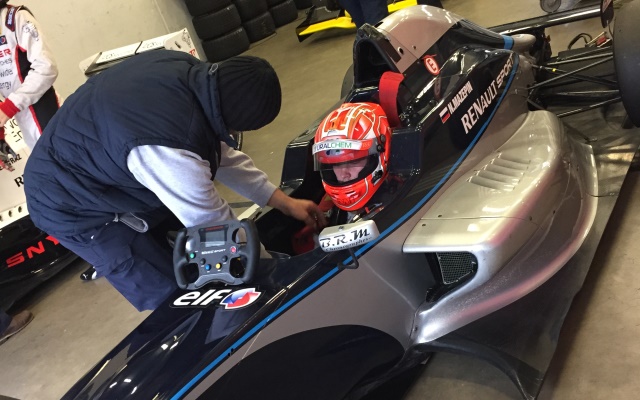 The Russian, who turns 16 in March, has already competed in the MRF Challenge and AsiaCup Series at the end of 2014, and will take part in the Toyota Racing Series in New Zealand with ETEC Motorsport from next weekend.

Mazepin competed in international KF-Junior competition in 2012 and 2013, finishing fourth in the 2013 WSK Super Master Series.

He then stepped up to senior KF racing for 2014, taking eighth in the Super Master Series and sixth in the Champions Cup before his standout result as runner-up to fellow rookie Lando Norris at the world championships in France.

In JKR, Mazepin joins the team that took Robin Frijns and Stoffel Vandoorne to their Eurocup FR2.0 titles in 2011 and 2012. In the NEC, they ran Dennis Olsen to P3 in 2013 and Louis Deletraz to the runner-up position in 2014.

?I?m very excited to be working with JKR,” said Mazepin. “The team?s palmares is fantastic and it has a proven record of taking talented drivers forward with their career.

“Naturally, I want my name to become part of Kaufmann?s legacy of success and I really do believe they will give me everything I need to help me fulfil that goal.?

“I see the Toyota Championship as an important part of my pre-season build-up. A lot of the guys I?ll be racing against will be there, so it?s a good opportunity for me to measure myself against them and see how far I?ve progressed and what needs to be done ahead of the NEC getting underway.”