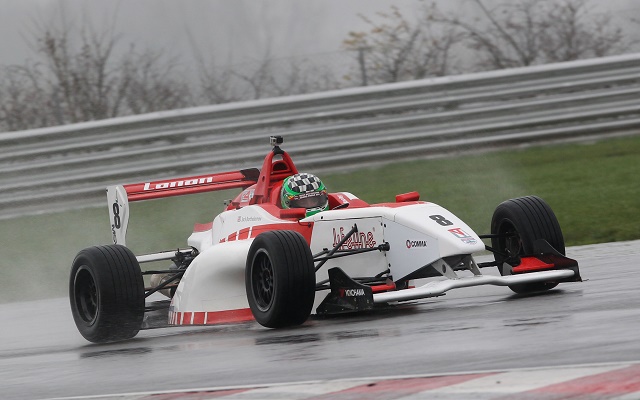 British karting driver Jack Bartholomew, 16, will step up to cars in 2015 to enter BRDC F4.

The young man concluded a promising six-year-long karting career in 2014. His achievements included winning both the London Cup and the Lewis Hamilton ‘True Grit’ award twice each. He also finished runner-up in the KF3 class of the Kartmasters British Grand Prix.

?Looking at the coverage and everything that goes with it, BRDC F4 seems like a really good package”, Bartholomew said. “Lanan has a great record in the series and I?d like to help them continue that and achieve some podiums or wins, but I?ll have to wait and see where I stand when the season starts.”

“It depends how many other new drivers are in the series but my target is to win, though I?d be happy with a top five. I?ve got two tests booked in March and we might get some more in if the weather allows in February. I can?t wait to get going!”

Bartholomew will team up with Lanan Racing, who reigned supreme in the first two editions of the championship, their drivers winning 15 races in total.

?We?re really pleased to welcome Jack on board for the 2015 BRDC F4 Championship,” commented team boss Graham Johnson. “He has shown great potential in karting and we?re confident that we can work together to achieve great results this year.

“We?ve enjoyed tremendous success in the past two seasons and I hope we can continue in that vein going forward.”