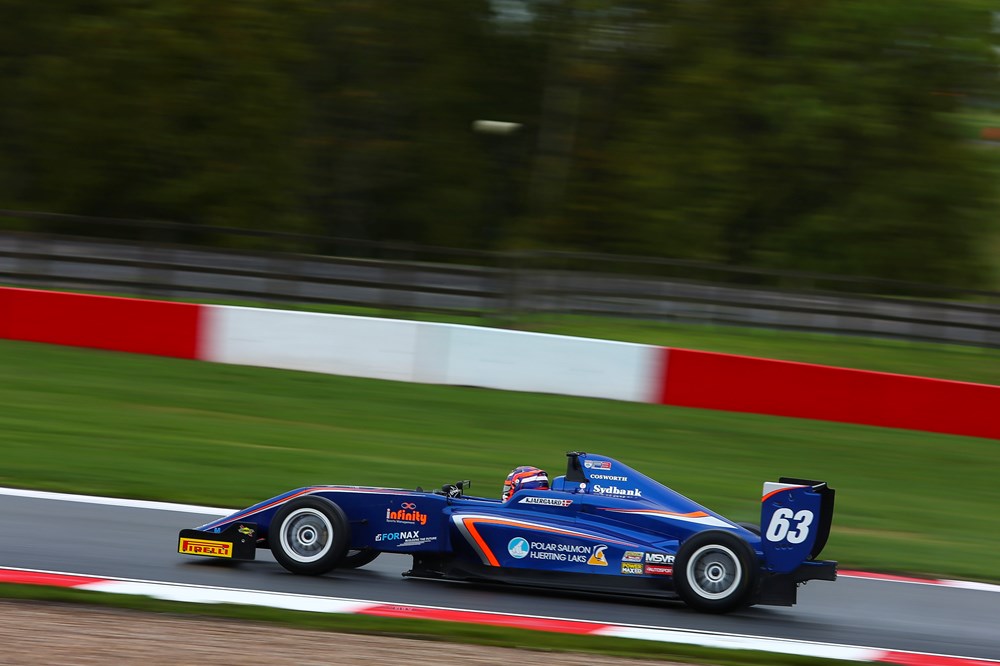 The Danish driver, who is currently second in the championship behind Linus Lundqvist, got off the line quickly to pass polesitter and team-mate Billy Monger heading to Turn 1 on the opening lap of the race.

Caroline, who started the race from sixth position, moved up to fourth position by the end on the first lap before taking third place a lap later after Billy Monger dropped from second down to sixth.

After passing Ayrton Simmons on lap 4 of 12 to take second, Caroline started to catch up to his Carlin team-mate, but Kjaergaard was able to control the pace on a damp Donington track to take his fourth win of the 2018 British F3 season.

Monger was able to move up to fifth?half-way into the race after Fortec’s Manuel Maldonado fell down the order to seventh, and the polesitter was starting to catch the squabbling Krishnaraaj Mahadik and Simmons.

While Mahadik was able to complete the podium places, Monger moved up to fourth on the penultimate lap of the race past Simmons, who eventually finished sixth behind Kush Maini.

Championship leader Linus Lundqvist was able to move up to ninth place during the opening two laps but was only able to move up one more spot to eighth by the end of the chequered flag, with the 111 point championship gap between him and Kjaergaard shrinking slightly.