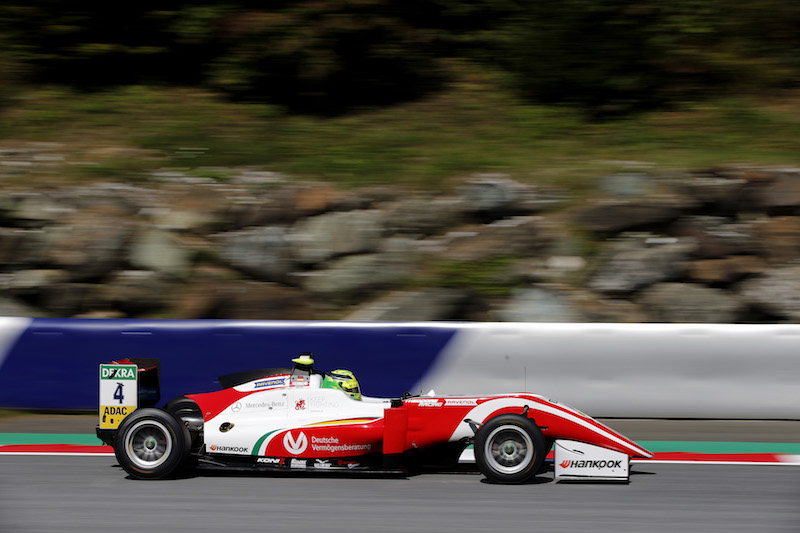 Schumacher, whose fourth consecutive win in race one put him into the championship lead, moved nearly half a second clear of the field with less than four minutes remaining.

His Prema team-mate Marcus Armstrong came close to toppling him with a minute to go, falling just 0.027 seconds short, before Schumacher bettered his previous effort by 0.06s to secure the double pole.

As in first qualifying, Robert Shwartzman missed out on second to Armstrong, but reclaimed the position on the grid for race three, 0.226s behind Schumacher’s second-best time.

Juri Vips went fastest with four minutes to go but ended up fourth ahead of Motopark team-mate Jonathan Aberdein.

Both jump ahead of Armstrong on the grid for race three, with Aberdein third, Vips fourth and Armstrong fifth.

Ralf Aron was ninth ahead of Nikita Troitskiy, and moves up to sixth on the race three grid in front of Ticktum, Daruvala, Ferdinand Habsburg and Guan Yu Zhou.