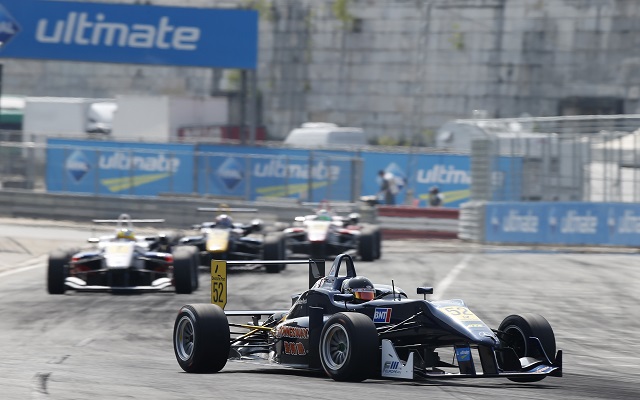 Cassidy’s first and so far only appearance in European F3 took place at the Norisring, where he raced in EuroInternational’s second car. He finished 11th twice in a 28-car field and was expected to return for subsequent rounds, but the deal never materialized.

Kvyat has been a race winner in F3 as a guest entry with Carlin, but has prior commitments with Red Bull this weekend.

“I’m massively excited to be back in an F3 car this weekend and have the opportunity to drive”, said the Kiwi racer. “It’s such a competitive championship and although I know it won’t be an easy challenge it?s going to be a lot of fun. I know the car a little from testing and from the races I took part in earlier in the year and, although I have very little experience at Hockenheim, I have spent quite a lot of time on the simulator at Carlin so feel good about heading in to the weekend.”

Team principal Trevor Carlin added: “We’re very happy to welcome Nick into the team for the season finale. He looked competitive from the outset on his F3 debut at the Norisring, and since then we’ve had the opportunity to test Nick in one of our F3 cars at Pembrey. With his pedigree we look forward to seeing what he’s capable of at Hockenheim.”