Nick Cassidy to do next two European F3 rounds with Prema 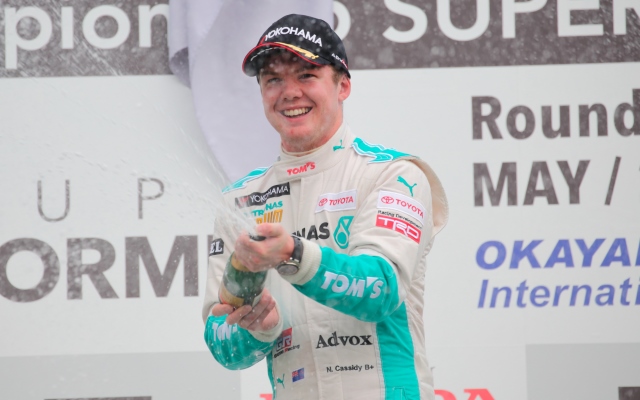 The New Zealander, who currently heads the Japanese F3 standings, will take over the car that was driven by Brandon Maisano until the Frenchman parted company with Prema during the Spielberg round at the start of this month.

Cassidy will race at the Portimao and Nurburgring events, but the final meeting at Hockenheim on 17-18 October clashes with the Japanese series closer at Sugo.

There, he has a three-point lead over TOM’s team-mate Kenta Yamashita with two rounds to go.

“Firstly I would like to thank Prema Powerteam for this opportunity, one that I am really looking forward to,” said Cassidy, who turns 21 today (Wednesday).

“With their knowledge I am looking to learn as much as possible, to develop myself, with the aim of good results in these two race meetings.

“I am sure there will be a few little differences to racing in Japan, but I feel prepared, and am looking forward to the challenge.”

The Toyota Racing Series champion in his native New Zealand in 2012 and 2013, Cassidy has taken part in a handful of European F3 rounds over the past few seasons.

He made his F3 debut at the Norisring in 2013 for Eurointernational, and returned for the final round at Hockenheim in place of F1-bound Daniil Kvyat at Carlin.

Last year he joined T-Sport for the Imola and Hockenheim events at the end of the season, and then finished third at the Macau Grand Prix.

?I am delighted to rely on Cassidy, a very quick and consistent driver who has not yet had the chance to show his real value at European level,” said Prema boss Rene Rosin.

“I wish that, driving with Prema at Portimao, where two days of testing will be held before the race, and at Nurburgring, Nick will be able to score the results he deserves.”

Malja in GP2, Visser in GP3 with Trident at Spa

Which of these junior racers will be Formula 1 drivers in 2016?