Malja in GP2, Visser in GP3 with Trident at Spa 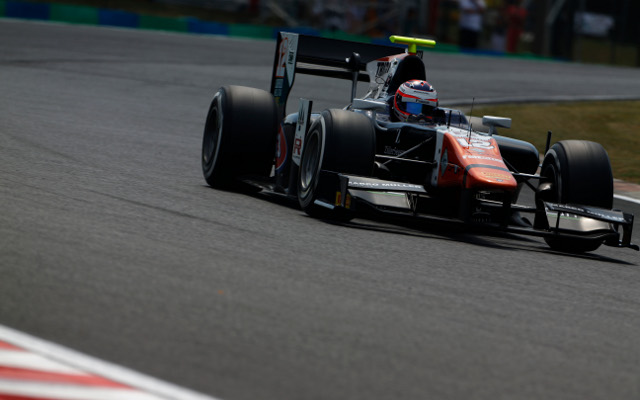 Trident has announced two new recruits for the races at Spa-Francorchamps this weekend, with Gustav Malja joining the team in GP2 and Beitske Visser in GP3.

Malja steps in for Rene Binder, who is recovering from a bacterial infection, alongside Raffaele Marciello in the GP2 squad.

The 19-year-old Swede has been competing in Formula Renault 3.5 this year for Strakka after stepping up from FR2.0, and sits 10th in the standings with a podium finish at the Hungaroring to his name.

?Getting the opportunity to race in GP2 this weekend is highly, highly exciting, and I can?t wait to get out on track,? said Malja, who also made a one-off appearance in European F3 in Pau earlier this year.

?I have spent the last few days preparing with the team in Italy, and I?m fully aware of the challenge I will be facing this weekend.

“There will be so many new things to learn – particularly with the degradation of the Pirelli tyres and in terms of race strategies.

“I have yet to drive the GP2 car and will have just 45 minutes of practice on Friday before going into qualifying, so my only target will be to learn as much as possible and to make a solid job for the team.“

Trident team manager Giacomo Ricci said: ?I am really pleased to welcome Gustav to our team for this weekend. He has been spending time at the workshop this week and his great driving skills are clear to see in the simulator.

“He has had encouraging pace and results in FR3.5 and we trust he can do very well also in GP2. He will obviously have to work very hard as the car and Pirelli tyres are completely new to him, but we will do our best to support him all the way.”

Visser takes the GP3 seat that had been occupied by Oscar Tunjo until the Colombian (who won race two at Spielberg) was forced out by budgetary issues prior to the last round in Hungary. She joins championship leader Luca Ghiotto and Artur Janosz at Trident.

She previously made a GP3 appearance with the Hilmer team at Barcelona at the start of 2014, with a best result of 15th.

Visser is in her second FR3.5 season with the AVF team, and is 19th in the standings.

Nick Cassidy to do next two European F3 rounds with Prema