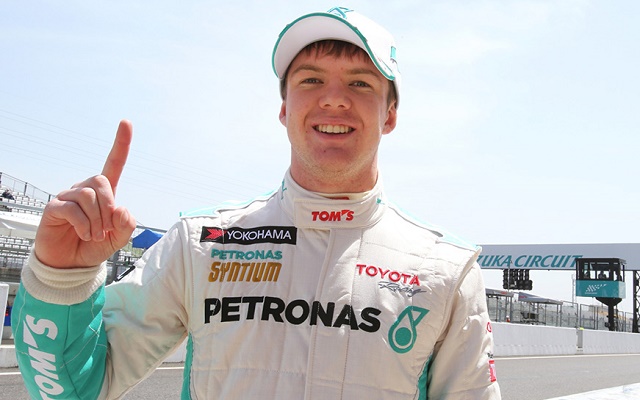 Petronas TOM’S driver Nick Cassidy was victorious in the second race of the Japanese F3 opener at Suzuka.

Cassidy’s win is his best result in Formula 3 racing, his previous record being a third place at last year’s Macau Grand Prix.

The Kiwi had already taken the checkered flag in first in race one, but was penalised for contact with teammate Kenta Yamashita.

The duo shared the front row for race two, but Yamashita slipped behind race one winner Mitsunori Takaboshi off the line.

Cassidy initially pulled away from Takaboshi, but the B-MAX racer began to reel him back in as the race went on and featured prominently in the Kiwi’s rearview mirrors.

But Cassidy responded by speeding up and denied Takaboshi the double, finishing two seconds up the road.

Yamashita ended the weekend in third, meaning the 19-year-old has maintained his streak of finishing on the podium at least once in every Japanese F3 round he’s contested.

Sophomore Tsubasa Takahashi enjoyed a strong drive to fourth, first passing Keishi Ishikawa out of T15 and then overtaking Lucas Ordonez into the Casino Triangle a few laps later.