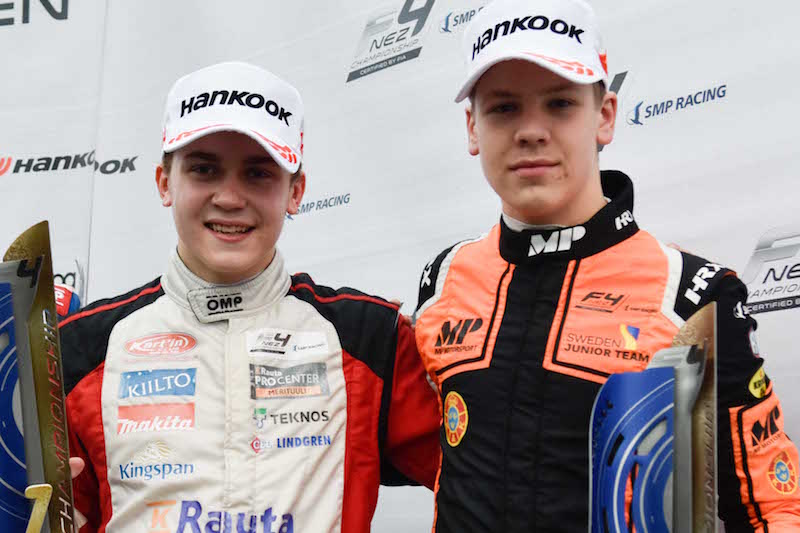 He also contested four rounds in the German ADAC series with a best finish of fourth, after finishing as runner-up in the Formula Nordic series for Formula Renault 1.6 machinery in 2017.

Sweden’s Blomqvist, driving for MP Motorsport in his rookie year out of karts, won the opening two races in NEZ F4 last year and finished up third overall after claiming one further victory.

The Formula Regional European Championship has been created by WSK, promoter of the Italian Formula 4 championship, together with the Automobile Club d’Italia (ACI), who beat Renault Sport to win the FIA tender to run the regional F3 series for Europe.

It will run over eight rounds, half of them in Italy, beginning at Paul Ricard in France in April.

Other teams to have committed to the series include Prema and DR Formula, as well as Technorace and Mas du Clos.