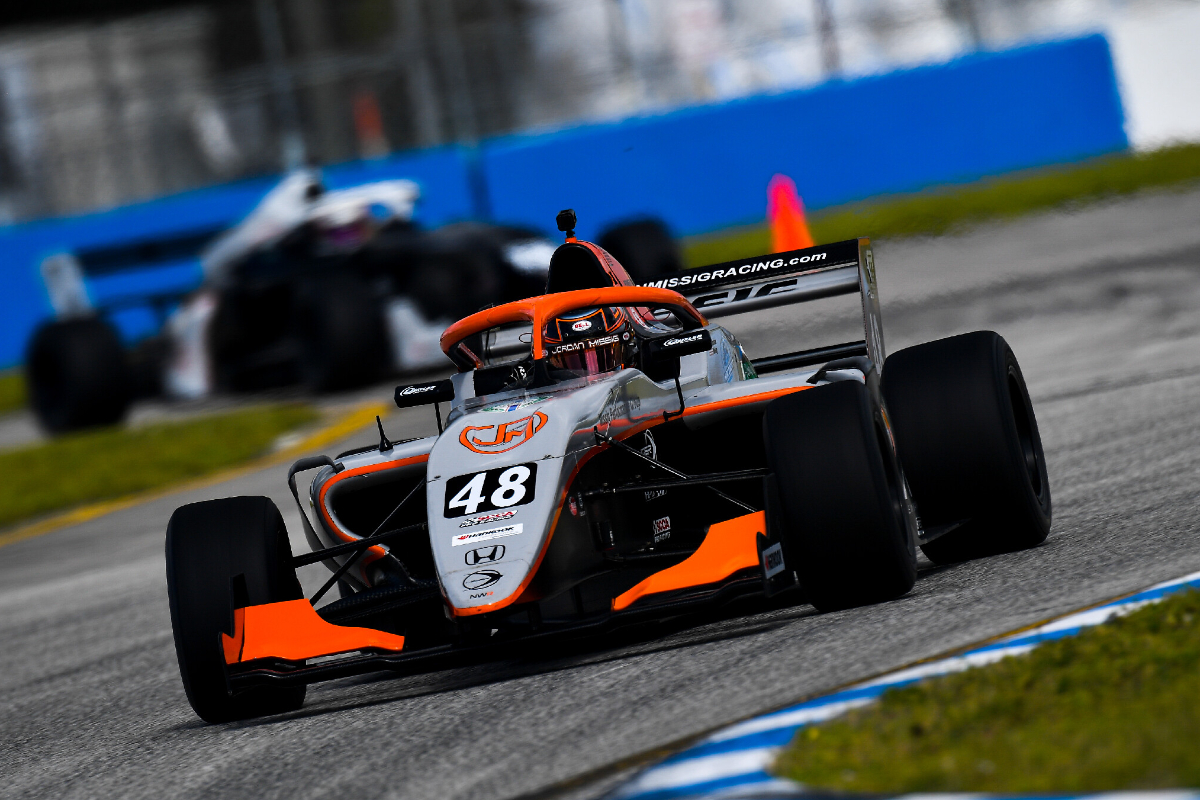 Jordan Missig will stay in Formula Regional Americas for a second season after signing a deal to remain at Newman Wachs Racing.

The 22-year-old has been with the team since 2019, when he was racing in Radical Cup North America. He was title runner-up in the continental series, and followed Newman Wachs into FRegional Americas last year.

The team was founded by late actor and IndyCar team owner Paul Newman and his long-time racing friend Eddie Wachs in 2006, and has competed in Atlantics and USF2000 in the past.

“I’m super excited to be signing on with Newman Wachs Racing for another year in the 2021 FRegional Americas season,” said Missig.

“Last year, as a rookie, I used it as a building year and this year I am looking to make huge strides in terms of my performance.

“The guys at NWR did a fantastic job all last year and I am looking forward to working with them again this upcoming season.”

Missig’s best result from his first campaign in Regional Formula 3 was a podium in his third start, and he came 10th in the points.

“I’m excited to have Jordan back with NWR for the 2021 season,” Newman Wachs team manager Brian Halahan added.

“Last year he showed he had the speed, but as a rookie he had a big learning curve, so he had some up-and-down weekends.

“Grabbing a podium at VIR was a great accomplishment for his 2020 season. I’m looking forward to seeing what he can do this season.”

This year’s FRegional Americas champion will earn a scholarship to move up to Super Formula with a Honda-powered team.