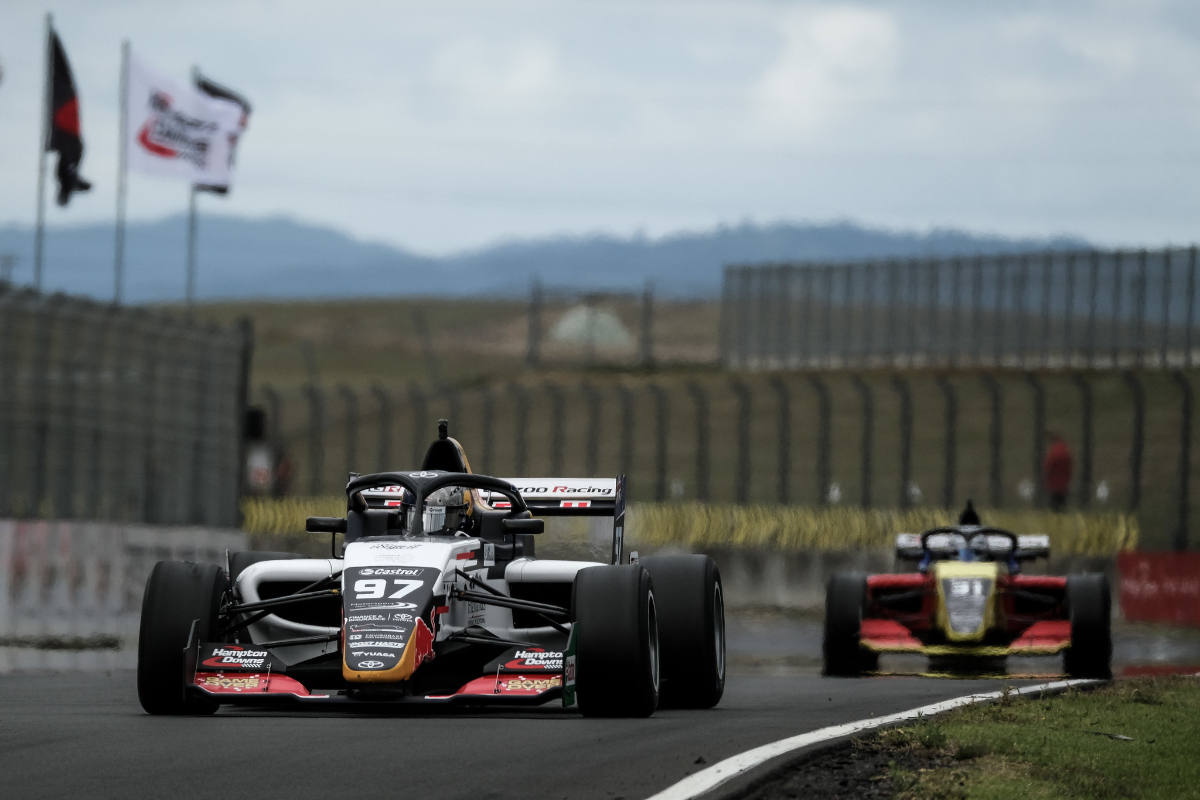 Following the cancellation of the 2022 Toyota Racing Series, Toyota Gazoo Racing New Zealand had planned to use the series’ Tatuus FT-60 cars to still stage the 67th running of the NZ GP at Hampton Downs on February 12/13.

But with the circuit lying on New Zealand’s North Island, and drivers from the South Island and Australia wanting to enter, a recent change in isolation and quarantine requirements has made participation from overseas unworkable.

“We have waited until the last possible moment to give potential drivers a chance to get to New Zealand for the GP event,” said TGR NZ’s motorsport manager Nicolas Caillol.

“However, with the border restrictions currently in place and all of those drivers simply unable to find MIQ [Managed Isolation and Quarantine] spots, we do not believe we can run the grand prix that we or the spectators want to see or that the event itself deserves, so we have very reluctantly decided to cancel this year’s race.”

While only one driver had been confirmed for the event, 2020-21 NZ Formula Ford champion James Penrose, at least eight more were lined up to compete but could not secure an MIQ spot in an approved isolation location.

“Those eight would have made a big difference to the quality and size of our grid for the grand prix and had they been able to get here, we would have been able to put on a great show,” added Caillol.

“We are so thankful many great Kiwi drivers wanted to return to help support this great event and our young drivers. I’d like to extend my thanks to everyone involved, this decision was not in spite of your efforts.”

Last year’s grand prix was limited to domestic drivers, but did include professional racing stars and was won by Shane van Gisbergen who is now a two-time Supercars champion. This will be the second time this century it has not gone ahead, following 2001, and is the seventh time in total the grand prix has missed a year since its inaugural running in 1950.

MotorSport New Zealand and event promoter SpeedWorks Events have confirmed the race weekend will still go ahead with the planned support races as well as the potential addition of “a signature race to replace the grand prix”.

“The New Zealand GP is one of the most significant events on NZ’s motorsport calendar and the decision to not run in 2022 has not been taken lightly,” said MotorSport New Zealand’s chief executive officer Elton Goonan.

“We will continue to work with the FIA and TGR NZ to plan for the 2023 season and enable our local drivers to showcase their talent against some of the world’s up-and-coming best.”

TRS is popular with drivers across the globe as a way of gaining racing mileage during the European off-season, and has had several drivers graduate to Formula 1.