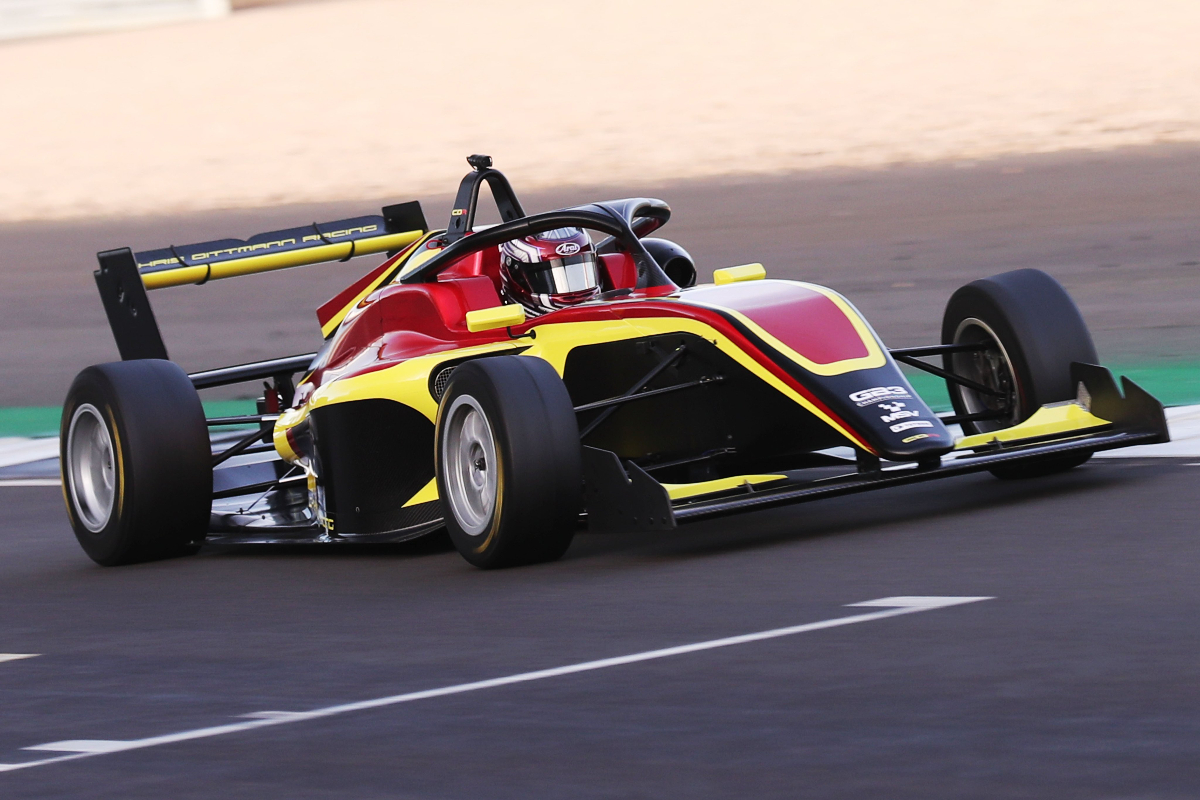 Silverstone hosted teams from GB3, GB4 and British Formula 4 this week for a two-day test with the series’ respective cew cars.

Following shakedowns at Bedford Autodrome last month the halo-shod Tatuus MSV-022, which is a heavily upgraded version of the preceding car used by GB3, appeared on track at Silverstone with six teams.

Several also ran the 2021-spec chassis, with Carlin’s Javier Sagrera running in a car that had no halo but did have the side-mounted air intake that featured on the updated design.

McLaren F1 junior Ugo Ugochukwu took to the track ahead of his rookie single-seater season with Carlin in F4, and the team’s former driver Zane Maloney was also present.

Chris Dittmann Racing had its signing McKenzy Cresswell in its GB3 car, and Josh Skelton shaking down its new F4 car.

Running the older F4 cars that will be used in GB4 were Elite Motorsport and Fortec Motorsports, the latter running Formula Nordic race-winner Elias Adestam on day one and Anglo-Malaysian karter Nikolas Taylor on day two.

Elite’s GB3 line-up of Tom Lebbon and John Bennett got some practice in with the updated car, as well as British F4 race-winner James Hedley. The team did not name who was in its Tatuus T-014 chassis.