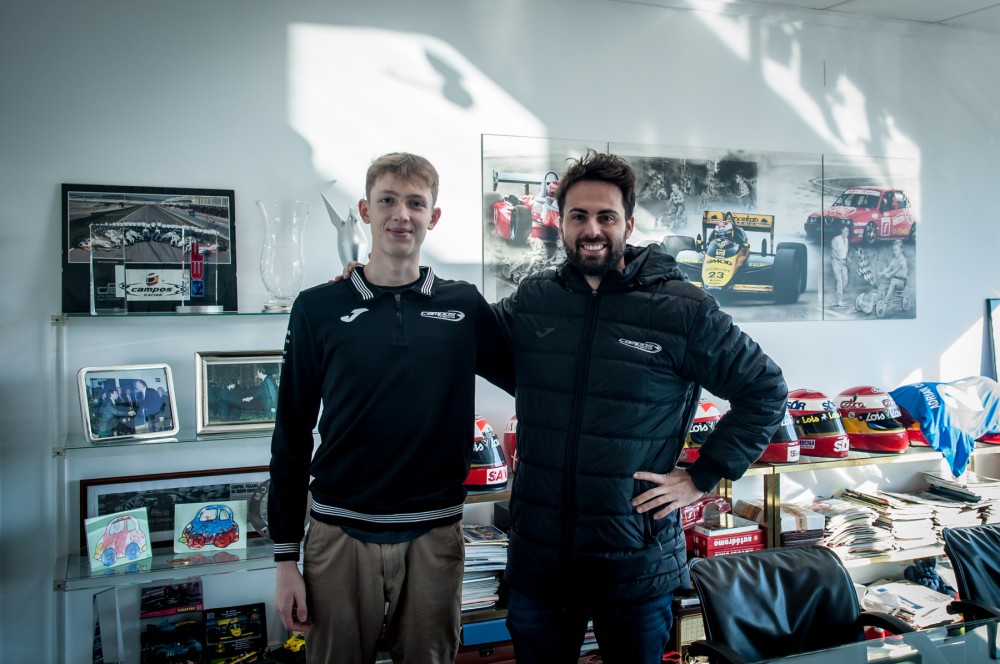 Georg Kelstrup has moved from MP Motorsport to Campos Racing for his second season in Spanish Formula 4.

The 17-year-old Dane was a frontrunner in the Swedish Karting Championship for two years and also competed in international competitions in OK karts before he started testing F4 cars with MP in 2020.

He then made the transition to single-seater racing with the team, and won in his first weekend in Spanish F4 at Spa-Francorchamps. There was a podium in the round after that, but his results then tailed off and he came 10th in the standings.

“I’m super happy to be a driver at Campos Racing this year,” said Kelstrup. “It’s a really hard working and well-functioning team and I think we can achieve great things together, I can’t wait to find out!”

He will be team-mates with fellow second-year driver Filip Jenic, who joins Campos after racing for Teo Martin Motorsport in 2021.

“We are pleased to have the opportunity to work with Georg throughout the 2022 Spanish F4 championship season,” Campos’s sporting director Adrian Campos Jr said.

“He already proved to be an extremely talented racing driver last year and we are restlessly working together to the tiniest detail. We are expecting to have a strong package in order to achieve great results this season.”

The team’s third and fourth signings will be announced in the coming weeks as it embarks on its second season in F4. The Spanish outfit, best known for its success in Formula 2 today and the Formula Open by Nissan series in the late 1990s, expanded into F4 last year and came in the teams’ standings with seven wins.