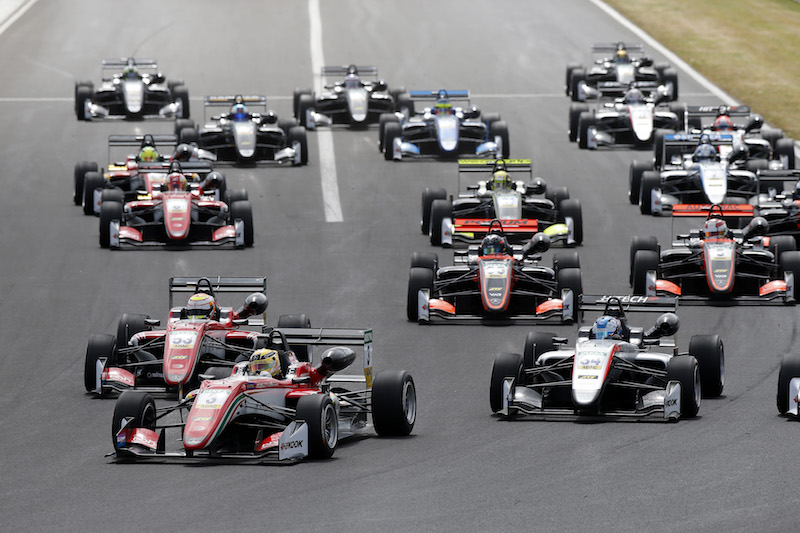 An FIA Formula 3 series will support Formula 1 events from next year, it has been confirmed.

The Formula One Group – which already promotes Formula 2 and the GP3 Series – has been selected as the promoter for the new FIA Formula 3 Championship, which has been expected to supersede both the existing European F3 series and GP3.

The appointment was approved by the World Motor Sport Council in Geneva on Friday, with a number of other details also revealed.

The calendar will consist of “nine to 10 events” with two races at each round, while there will be an “exclusive grid of no more than 30 cars”.

That is six more cars than originally stated when the FIA first made its plans public last September.

A new car will be designed for the series, with a single chassis, engine and tyre supplier.