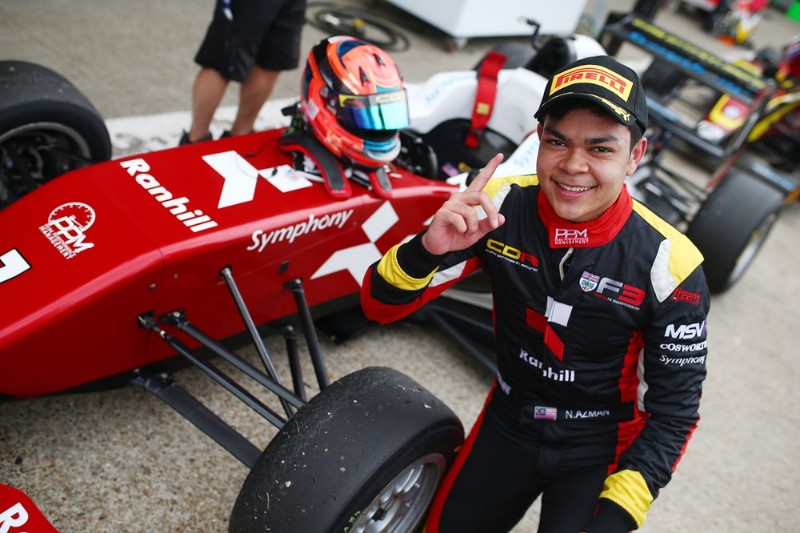 The Malaysian driver started in third but quickly inherited the lead after Double R Racing’s Pavan Ravishankar and Fortec Motorsports’ Kris Wright collided at Paddock Hill on the opening lap.

After a long safety car period to collect the two cars stuck in the gravel, Azman kept hold of the lead of the race ahead of his team-mate Ayrton Simmons – who had risen from sixth to second.

Simmons kept on the tail of his team-mate during the final half of the race, looking for the chance to secure his third British F3 win of the season, but he couldn’t find a way past Azman before taking the chequered flag at the end of lap 13.

Lanan Racing’s Josh Mason – who started the race alongside Azman in fourth – completed the podium in third place, his third podium of the season.

The Douglas Motorsport duo of Benjamin Pedersen and Ulysse de Pauw were sixth and seventh, ahead of Fortec’s Manuel Maldonado.

The top 10 was rounded off by Carlin driver Lucas Petersson and his championship-leading team-mate Clement Novalak.

Carlin’s other driver – Kaylen Frederick – fell victim to the Paddock Hill gravel trip on lap nine of 13, and was the only other retirement in the field.