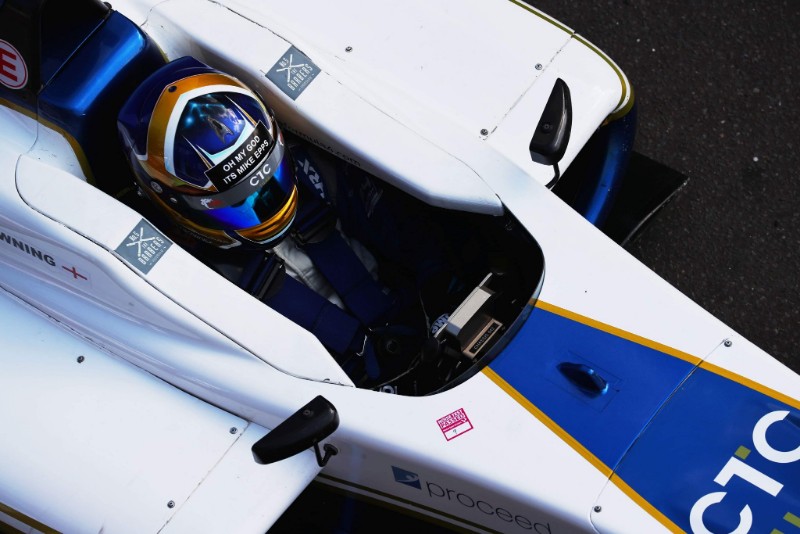 Luke Browning stormed through from 10th?on the grid to take his third British Formula 4 win of the season at Snetterton.

The Richardson Racing driver managed to avoid the drama ahead of him on track to come through to take the lead in the closing stages of the race.

Browning had already climbed up to third when race leader Josh Skelton and Sebastien Alvarez both ran wide over the gravel. Browning came through to take the race lead and put in a series of quick laps to pull away from second placed Tommy Foster.

Browning crossed the line four seconds clear of the rest of the field to take his first victory since Thruxton early in the season.

Behind him, Skelton recovered to challenge Foster for second. The pair were nose-to-tail on the final lap, but it wasn?t until the pit straight that Skelton was able to pull alongside. Foster used up as much track as possible, and took the chequered flag 0.099 seconds ahead.

Zane Maloney?s championship lead took a hit when the Carlin driver made a move up the inside of Bart Horsten in the battle for fourth. Maloney managed to get part way alongside Horsten but drifted wide, colliding with the Arden driver and bringing an end to his own race.

The impact worked well for title challenger Alvarez, who was running second at the time, only for the moment with Skelton to drop him down the order.

Alvarez rejoined in seventh, just behind Louis Foster and Alex Connor. He managed to get ahead of the duo, only for Foster to try a move around the outside of the two drivers and run over Alvarez?s rear, further damaging Alvarez’s car.

Foster managed to make a move stick past Connor and held on to fourth to the chequered flag. Connor was the top rookie in fifth, ahead of Roberto Faria and Mariano Martinez.

Alex Walker and Reema Juffali took eighth and ninth with Bart Horsten ? who returned to the track after a change of front wing ? completing the top 10.