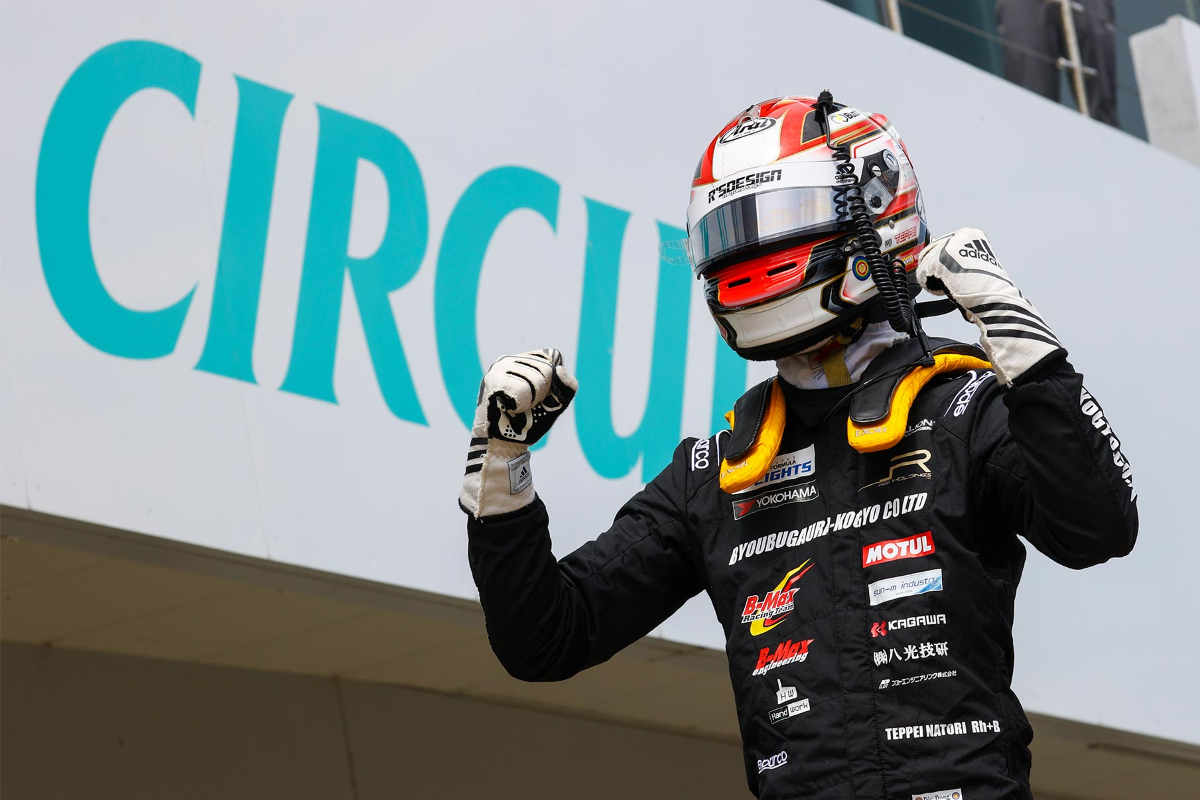 B-MAX Racing’s Teppei Natori has established himself as the Super Formula Lights title favourite after winning all three races at Suzuka.

With TOM’S rival Kazuto Kotaka absent from the first two rounds due to racing in Super Formula for KCMG, Natori has been able to build a big points lead despite going into the season not knowing whether he had the budget for the full campaign.

After winning the first two races of the weekend, Natori started on pole for the longer final race ahead of TOM’S drivers Giuliano Alesi and Seita Nonaka and Rn-sports’ Atsushi Miyake.

While he came under attack from Alesi into the first corner, he was far stronger over the opening lap and was over a second clear of Alesi and his team-mate Taira after Nonaka dropped to fifth.

The gap between the top two grew every lap until lap 12, the distance the previous races had run to, after which Natori started managing his tyres and Alesi closed back in.

The Frenchman, who two hours before had made his SF debut and finished an impressive ninth after a tricky first stint, was also pushing to stay clear of Taira and he finished 1.543 seconds behind Natori.

Miyake lost two places on the opening lap but clawed those back over the race, while Toda Racing’s Honda junior Ren Sato charged from last on the grid to finish right behind him in fifth.

Sato made up four places on lap one, mostly on Masters class drivers, and was in seventh by lap two.

He passed Nonaka on lap four of 17, then by the middle of the race was pressuring RS Fine’s Shunsuke Kohno for fifth. It took two attempts at going around the outside of First Turn to clear him, and he then rapidly closed in on Miyake but couldn’t pass him before the end of the race.

There was trouble for Miyake’s team-mate Masayuki Ueda, who had to pit early on, and then B-Max Engineering’s Takashi Hata who locked up and ended his race in the gravel at the hairpin.