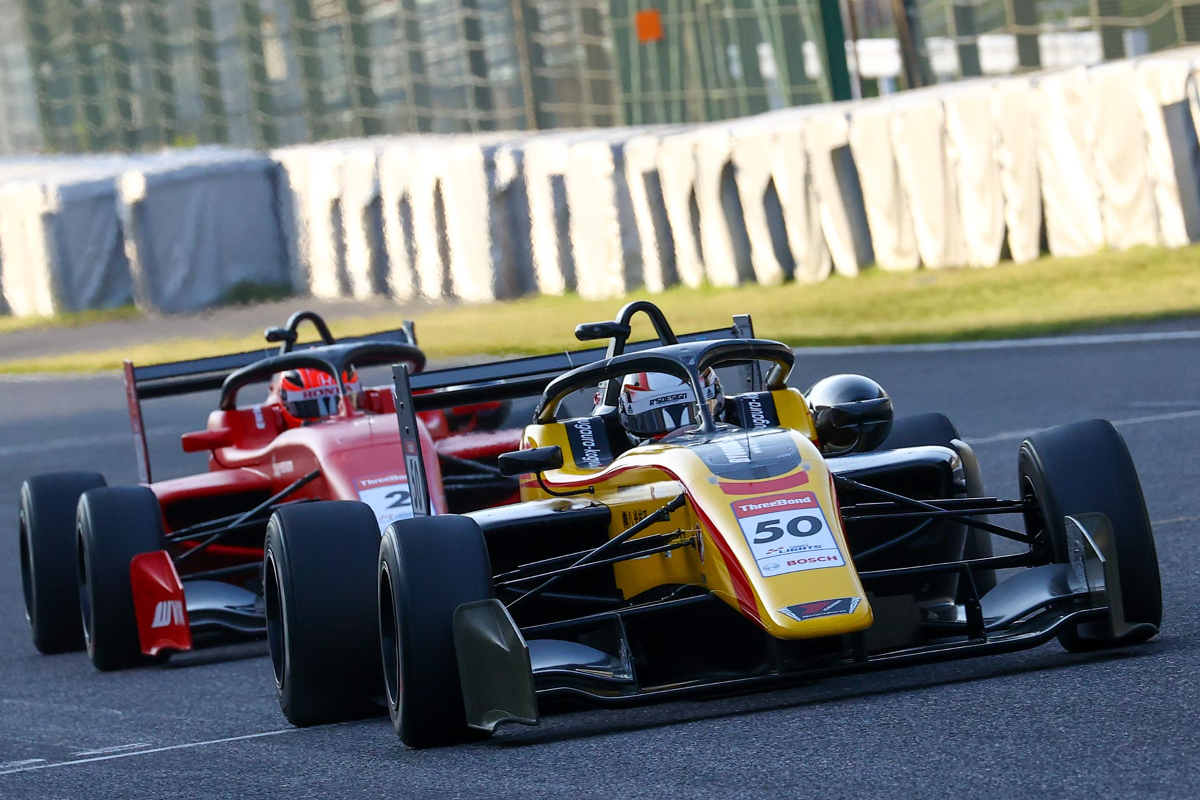 The fight for victory in race one was decided by a last-lap clash between long-time leader Natori and the chasing Sato.

Natori had taken pole and streaked away at the start, while Sato passed TOM’S driver Seita Nonaka for second place. Nonaka’s team-mate Giuliano Alesi went off at the second Degner Curve and immediately lost touch with the leading three, but remained in fourth after getting his car back under control.

The lead gap grew to 1.699 seconds in the race’s first third, before Honda junior Sato started to reel Natori back in. By lap 10 of 12 it was under half a second, and he was eyeing up Natori as they started the last lap.

Sato chose the outside line for First Turn and was alongside on entry, but as he reached the second apex he was a wheel-length behind and that enabled Natori to use up the track space. The result was contact between Natori’s rear-left wheel and the side of Sato, which sent the latter spearing off into the barriers.

No penalty arose from the incident, meaning Natori took a 10s win over Alesi, who moved up a spot after Nonaka span between the Degner Curves.

Nonaka avoided the gravel though and finished third, narrowly beating Rn-sports’ Atsushi Miyake who went on a charge in the second half of the race and picked off Hibiki Taira (TOM’S) and Shunsuke Kohno (RS Fine).

DRAGON was another to spin at Degner, putting a wheel on the grass on entry and then skimming over the gravel at high-speed and emerging on the grass at the other side. That enabled him to reverse and continue the race.

Natori took race two pole too, and again made an early escape from Sato. He was dragged back in once more, but this time the battle didn’t get close enough to end in tears and Sato finished second behind Natori.

Alesi lost his third place on the grid at the start to Taira, and spent the race shadowing him until passing him back on the penultimate lap. Nonaka overtook two cars to finish fifth ahead of Miyake.

Tsubasa Iriyama came ninth despite touching wheels with Nobuhiro Imada at the chicane on the final lap and sending Imada airbone into a big barrel-roll.