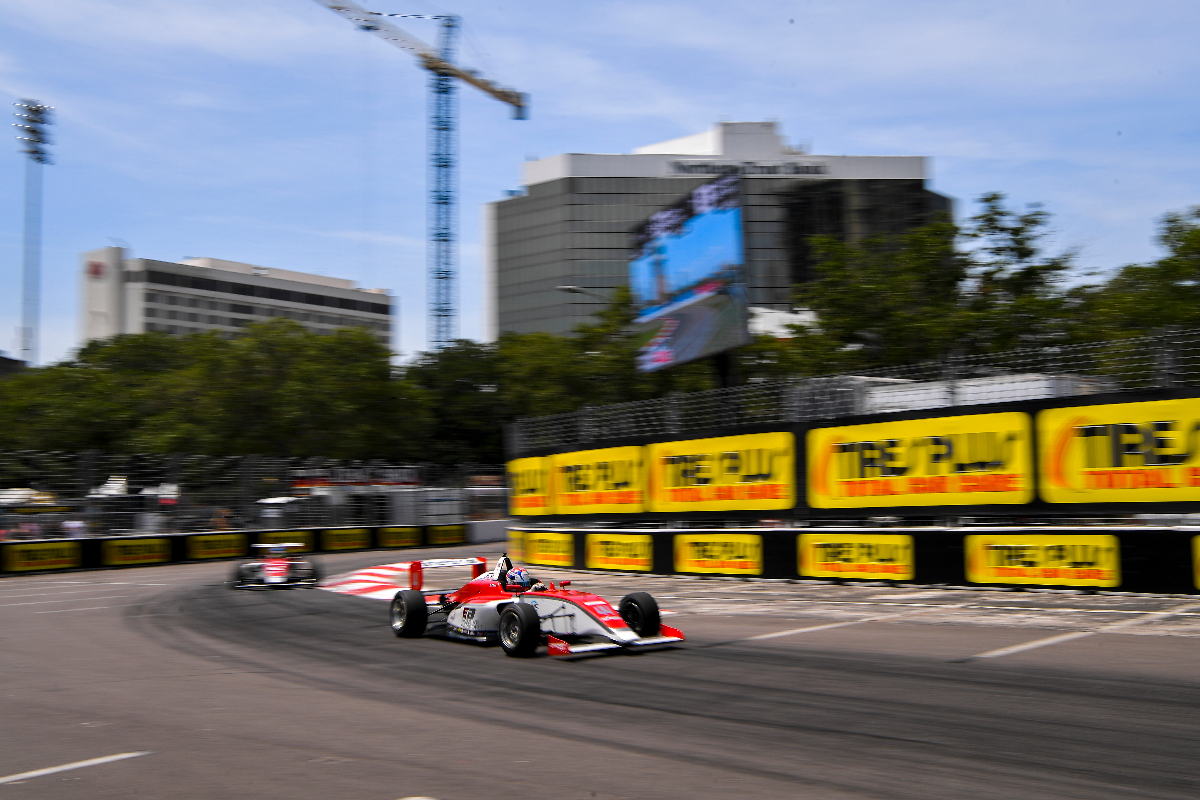 Christian Brooks made it two wins out of two in the USF2000 races in St. Petersburg, taking the points lead as a result.

The Exclusive Autosport driver was beaten to pole by DEForce Racing’s Kiko Porto, and spent the majority of the race trailing the Brazilian while his team-mate Matt Round-Garrido tried to hold on to third place.

Race one winner Brooks claimed the lead with five laps to go on a pace car restart as Porto went too deep into the first corner and conceded first place at the exit.

That caution period came about after the charging Myles Rowe tried passing Round-Garrido for third but ended up jumping his Force Indy-run car over the kerbs at the first corner.

As a result he lost one of the places he gained to Cape Motorsports’ Michael d’Orlando and tried to prevent Pabst Racing’s Yuven Sundaramoorthy from passing around the outside of turn 4 but instead pitched him into the barriers and collected one of his wings as his car bounced back into the track.

Rowe was able to get around the lap but had to retire, while Sundaramoorthy was out on the spot and his car had to be retrieved.

Behind Brooks and Porto was d’Orlando, who passed Round-Garrido at the start of the final lap, and Turn 3 Motorsport’s Josh Green came fifth despite losing several positions in the early laps.

Not far behind that battle was Exclusive’s Jake Denmark-Gessel and Billy Frazer, who charged up from 18th on the grid to 12th.