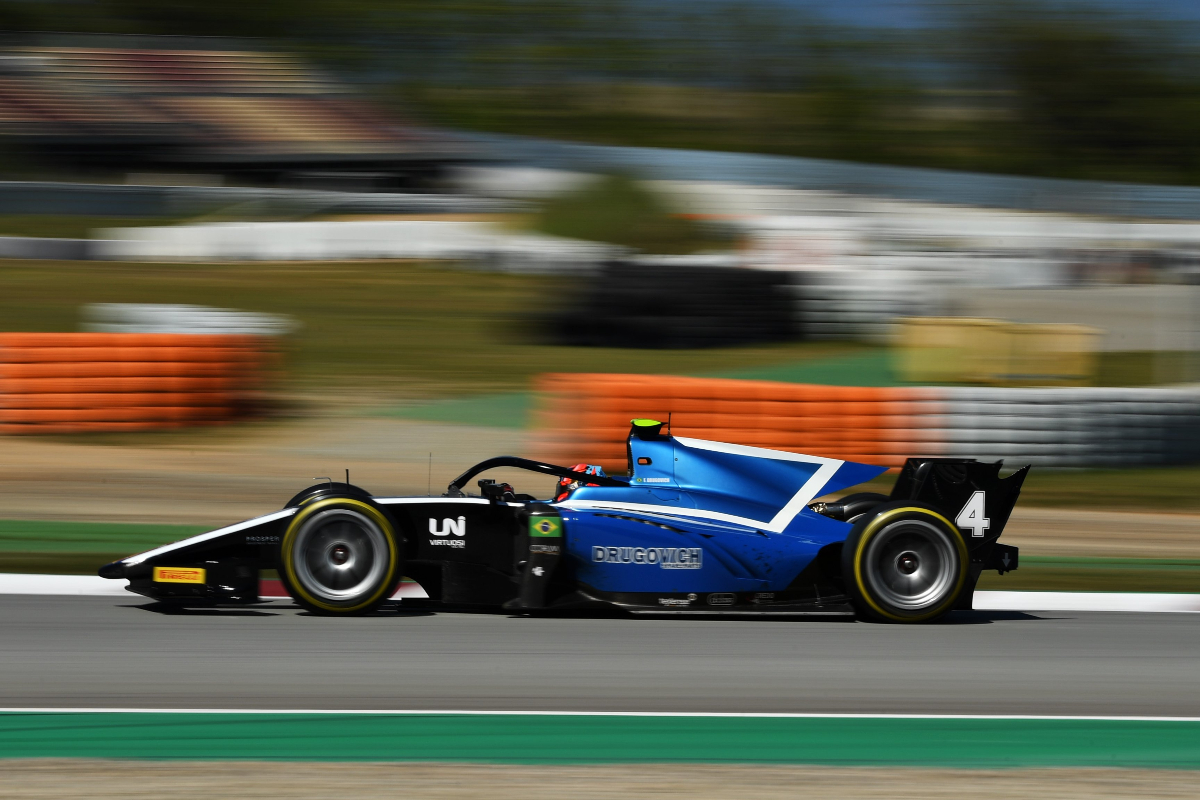 MP Motorsport’s Lirim Zendeli was fastest of the first group of drivers to lap at a representative pace in the morning session, and then ART Grand Prix’s Christian Lundgaard went sub-1m30s before red flags were waved as a result of HWA Racelab’s Alessio Deledda spinning at the first corner.

Lundgaard remained on top for the first half-hour before Drugovich set a 1m29.328s, a benchmark he would improve on a few minutes later. The response from Lundgaard was the first lap of the day in the 1m28s, and the return from Drugovich was even stronger as he set a 1m27.945s that became the fastest lap of the three-day test.

That was only 44 minutes into the three-hour session, and before the end of the first hour Hitech GP’s Liam Lawson demoted Lundgaard to third with a 1m28.422s.

While most drivers sat in the pits, Lundgaard went back out and recorded a 1m28.285s to reclaim the position, with Trident’s Bent Viscaal and Zendeli completing the top five at this point.

In the second hour of running they were shuffled down the order as Vips came close to team-mate Lawson’s lap and Theo Pourchaire (ART) and Robert Shwartzman (Prema) both lapped in the 1m28.4s.

At the end of that hour, Prema’s Oscar Piastri shot up the timesheet to second place, going 0.160s slower than Drugovich’s long-standing benchmark.

Many opted to preserve tyres in the final hour, giving them greater choice of rubber for the final afternoon session, and it meant there were no changes in the top half of the order.

The session then ended nine seconds early, as Carlin’s Jehan Daruvala hit trouble on his last lap at turn 11 and red flags were required while his car was stationary on track.