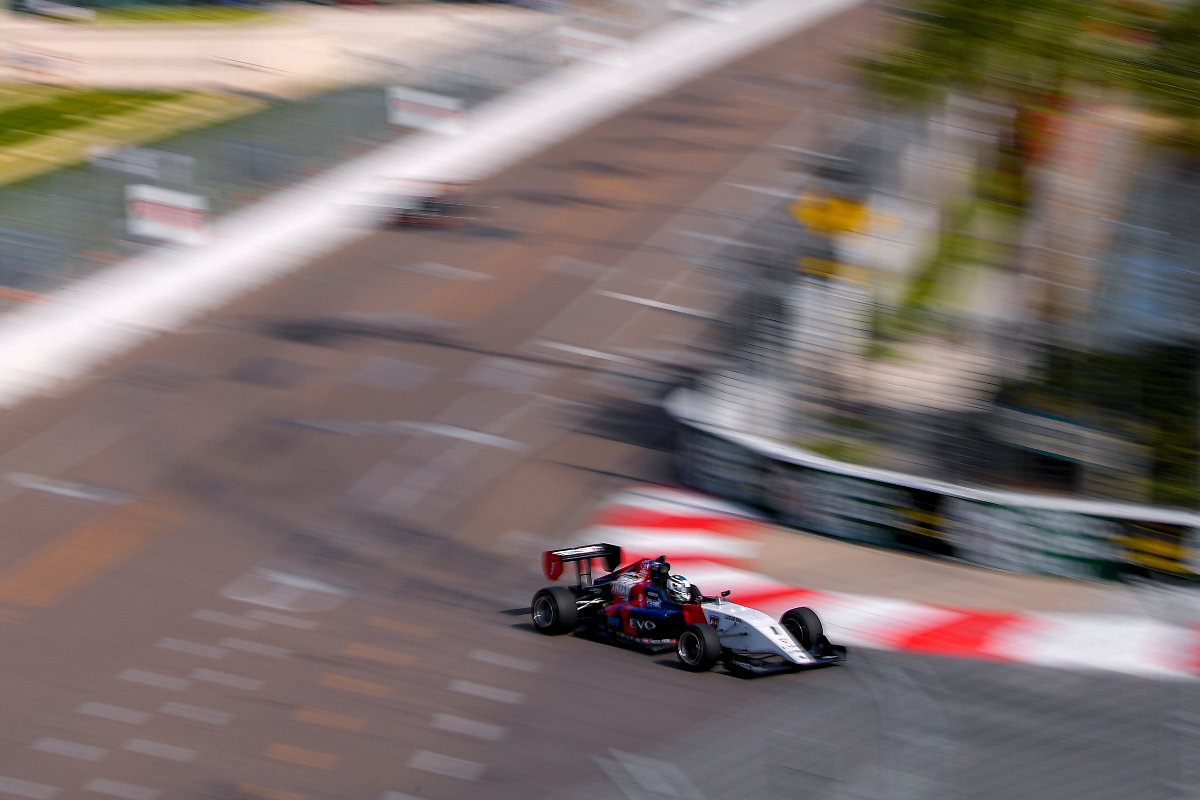 The Dane qualified second and spent the first six laps in that position behind Pabst Racing’s Hunter McElrea as the race ran behind the pace car due to crashes on the opening lap that eliminated Kyffin Simpson (Juncos Racing), Wyatt Brichacek (Jay Howard Driver Development) and James Roe Jr (Turn 3 Motorsport).

Behind the top two was Juncos’s Reece Gold and Exclusive Autosport’s Braden Eves, who qualified sixth but made up two spots before the race was put under yellow.

McElrea spent two laps of racing action in the lead before JHDD’s Rasmussen overtook him down the inside of the first corner and made use of a pace advantage to pull away.

A second caution period later in the race, brought about by Jack William Miller wiping off his rear wing when his car got loose, only made McElrea’s job of holding position harder but the first time Gold tried challenging him it instead opened the door for Gold’s team-mate Manuel Sulaiman to move into third.

As Rasmussen pulled away again, Sulaiman took second from McElrea into the first corner on the final lap and then the Pabst driver lost third to Gold in a drag race to the finish line.

Points leader Eves faded to sixth behind Pabst’s Colin Kaminsky, while Jacob Abel held off Artem Petrov (Exclusive) and the battling Enaam Ahmed (RP Motorsport) in the fight for seventh.