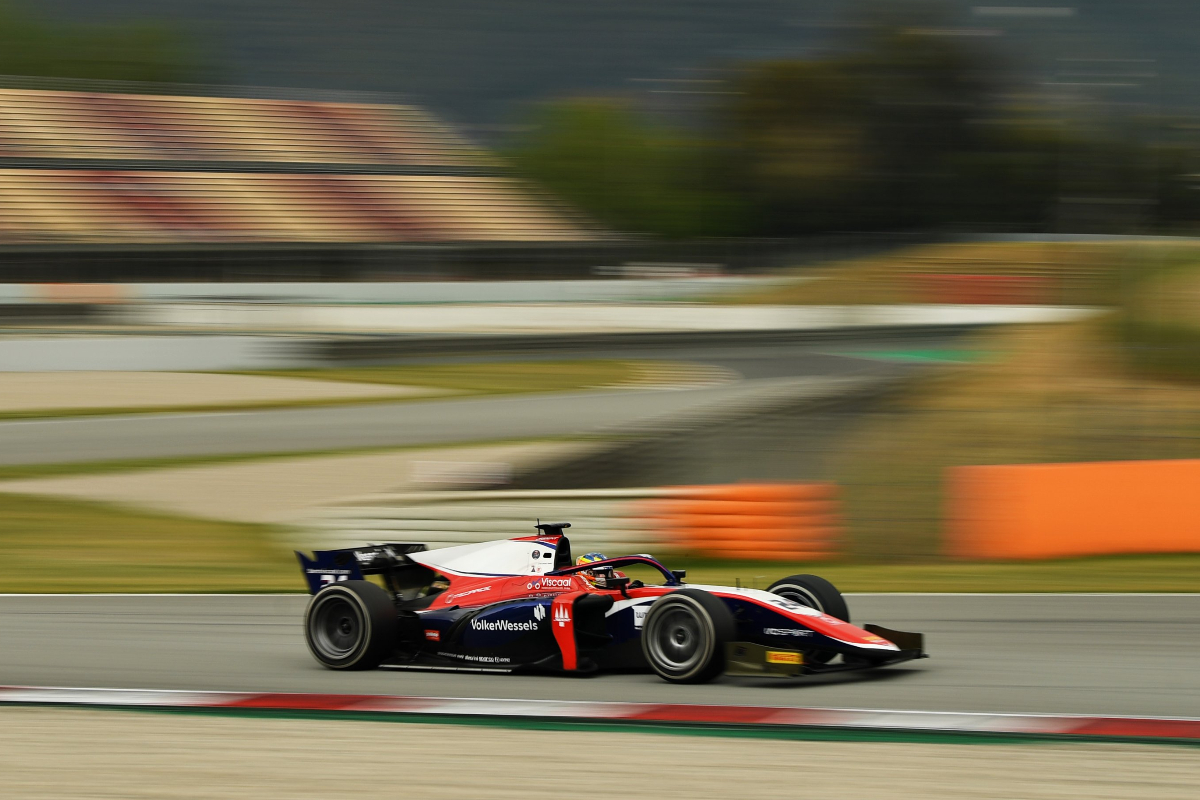 Bent Viscaal ended Formula 2’s in-season test, and possibly his time in F2, with the fastest lap in the final session at Barcelona.

HWA Racelab’s Matteo Nannini was the surprise pacesetter for much of the afternoon session, going to the top in the first 10 minutes with a 1m33.039s lap and then improving that down to 1m31.308s and then 1m30.346s over the first two hours of running.

The track wasn’t a hive of activity in the final hour, despite time being lost earlier on to a red flag period caused by Hitech GP’s Liam Lawson hitting the turn 5 wall, and at first it was only Trident that sent out its cars.

Viscaal was already in second place between Nannini and HWA team-mate Alessio Deledda after two hours, and when he went back out he put Trident in first place with a 1m30.280s. The Dutchman is yet to sign with Trident to enter the next round in Monaco.

There was 1.9s back to third place until Viscaal’s team-mate Marino Sato improved to a 1m30.943s, with DAMS’ Marcus Armstrong the fourth and final driver within three seconds of the pace before a red flag period with 25 minutes to go when MP Motorsport’s Richard Verschoor – another yet to confirm his continued presence in F2 – stopped in sector one.

His team-mate Lirim Zendeli was the only driver to improve once the session restarted, going sixth fastest ahead of DAMS’ Roy Nissany, before red flags were out again when Lawson’s car ground to a halt after turn 8.

Lawson had been third fastest early on, but had slipped down to ninth place between Prema’s Robert Shwartzman and Oscar Piastri who set their fastest laps just before the halfway point of the session.

There was one more restart with six minutes to go, but nobody used it to improve on their laptimes and Sato ended up stopping in sector one after the chequered flag.

Virtuosi Racing’s Felipe Drugovich and Guanyu Zhou were over four seconds off the pace down in 16th and 19th, focusing more on race runs and on their last sets of tyres.