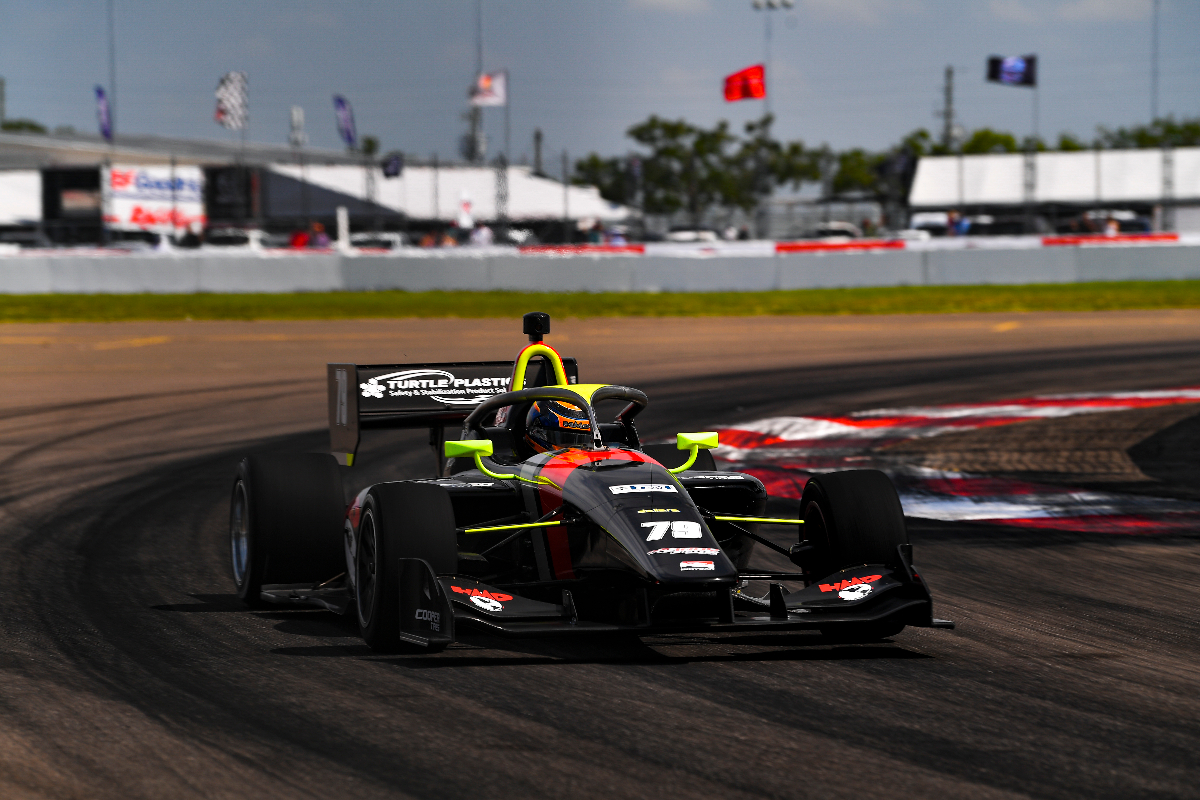 Malukas started the 40-lap race from pole and made slight contact with Kirkwood at the first turn on the opening lap, which Kirkwood believed damaged the front-right of his car.

Their scrap was halted for a caution period after Carlin with Jay Howard Driver Development’s Christian Bogle crashed at the turn 14 hairpin having already sustained front wing damage.

Once the race action resumed, Kirkwood was initially able to keep within push-to-pass range (1.5 seconds) of Malukas, before dropping back to a gap that was between two and three seconds.

While Kirkwood was able to close up again towards the end, Malukas was able to hold on the intense late pressure to take his second win. Both ran perilously close to the walls on the St. Petersburg airport in their battle, which resulted in Malukas taking the points lead as well as victory.

Global Racing Group with HMD’s Linus Lundqvist started seventh but finished third, albeit 13s behind as the top two were in a class of their own.

Lundqvist picked off three drivers on the opening lap, and then overtook Andretti Steinbrenner Autosport’s Devlin DeFrancesco on the restart before pulling away.

GRG with HMD’s Benjamin Pedersen was sixth after a late pass on Andretti’s Robert Megennis, narrowly ahead of Carlin with JHDD’s Alex Peroni.

It was a tough race for Juncos Racing. Sting Ray Robb appeared to have an issue with the car when he ran off the circuit at turn 10 on the opening tour and was out of the race.

Team-mate Toby Sowery took front wing damage in an opening lap scrap with Megennis, pitted, closed up during the caution, and recovered to finish ninth just behind the scrap for sixth.

Pserra Racing’s Antonio Serravalle rounded out the top 10 ahead of HMD’s Nikita Lastochkin, who was lapped.