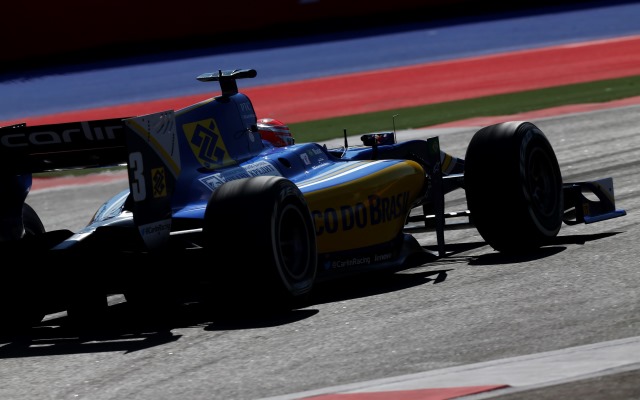 Felipe Nasr‘s title chances have taken a further knock with the handing down of a three-place grid penalty for the Sochi feature race.

The Brazilian’s punishment was for the qualifying incident that saw him tagged into a spin by Stefano Coletti at the final corner, early in the session.

Stewards deemed that Nasr had impeded Coletti in a reckless manner.

Nasr had qualified tenth, meaning the penalty would usually drop him to P13. However, 11th-quickest qualifier Pierre Gasly will take a five-place grid penalty carried over from the Monza sprint race. The provisional starting grid shows Nasr 12th and Gasly 16th.