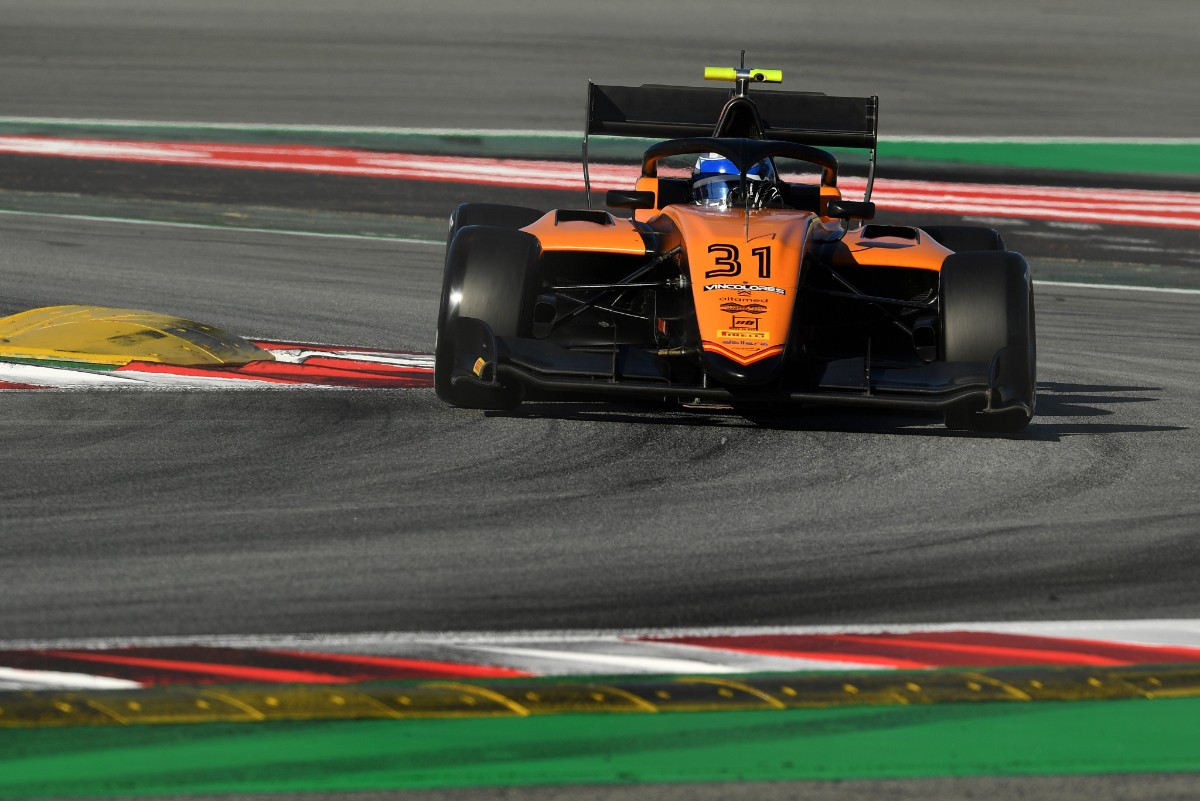 The Italian driver raced for Jenzer Motorsport in the series this year, and took his only podium and other points finish at the Spanish circuit.

Nannini ended the morning with a 0.257-second advantage over HWA Racelab returnee Jake Hughes, who announced he would not be returning to F3 next year having raced in the category since 2016.

MP Motorsport’s Franco Colapinto, currently racing in the Formula Renault Eurocup, set the early pace for MP Motorsport, before Jenzer Motorsport’s Calan Williams took over the top at the one-hour mark of the session.

Williams improved through the remaining two hours to be third fastest behind Nannini and Hughes, while in the middle of the session Prema’s David Schumacher and Dennis Hauger both topped the times between a red flag caused by French Formula 4 rookie Rafael Villagomez spinning off in one of Trident’s cars.

Hughes was next to the top after that, before Nannini set the fastest time of the morning with 15 minutes to go.

Hauger ended up in fourth, with ART Grand Prix’s Eurocup leader Victor Martins setting the fastest lap for a non-FIA F3 racer four tenths of a second back in fifth place.

HWA’s Enzo Fittipaldi rose up to sixth late on, demoting ART’s Roman Stanek to seventh. The top 10 was completed by Trident duo Jack Doohan and Clement Novalak, and Prema’s Schumacher.

Propping up the timesheet for Charouz Racing System, some 4.371s off the pace, was F4 racer Josef Knopp.