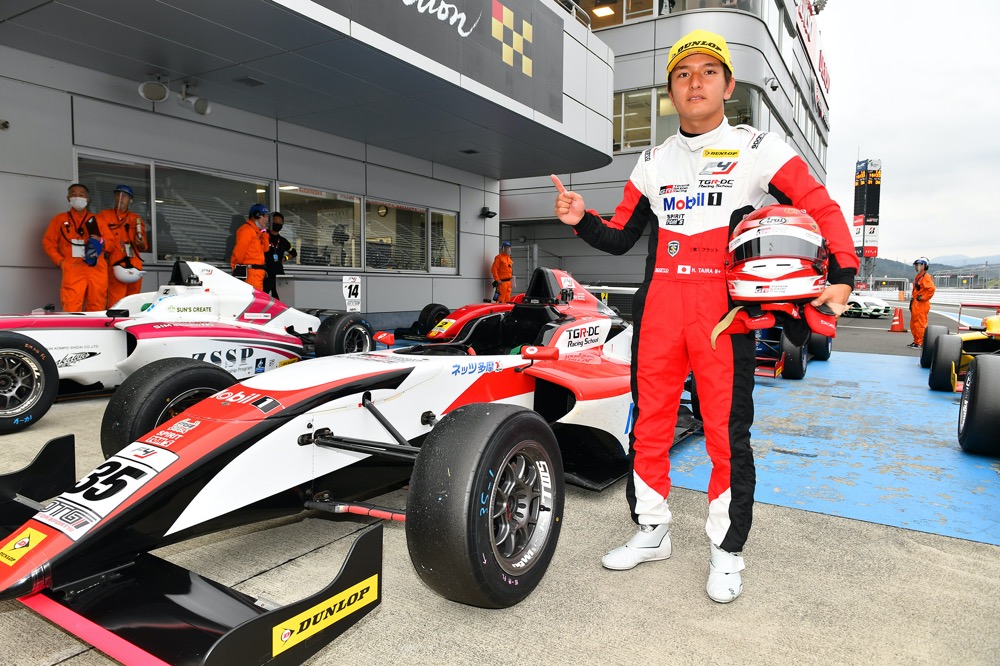 Toyota junior Hibiki Taira is the early leader of the Japanese Formula 4 season after winning twice at the Fuji Speedway season opener.

Super Formula Lights racer Seiya Jin started off the 2020 action by taking pole, and race one began with drama as Rn-sports’ Yugo Iwasawa stalled and was crashed into by Zap Speed’s Rin Arakawa.

The resultant safety car was out for several laps, and Taira made his way into the lead at the restart. He created a gap of just over a second, but then Helm Motorsports’ Reiji Hiraki started setting fastest laps and closing in, with the cars behind being brought closer to the lead too.

With two laps to go, Hiraki lined up Taira down the main straight and attempted a move at the first corner. Taira tried defending, and it took until Coca-Cola for him to firmly make it through.

Jin repassed Taira later around the lap, and fellow Toyota junior Seita Nonaka then demoted Taira to fourth. On the final lap Nonaka then went passed Jin, which compromised him and meant he got shuffled off the podium by Taira while Hiraki held on for victory.

Taira took a lights-to-flag win from pole in race two, with Arakawa emerging as his closest opponent. His early finish in race one meant Arakawa had a tyre life advantage, and allowed him to charge up the order and hound Taira for much of the race.

Nonaka finished five seconds back in third place after holding off the attacks of Hiraki.

Due to the coronavirus pandemic shortening the calendar, Japanese F4 now has three races per weekend rather than two, and Hiraki was back on pole for the third race.

A dive down the inside of the first corner by Nonaka quickly demoted Hiraki a spot, and he was then caught in a clash that promoted Taira to second place.

Taira took over up front from his team-mate at the start of the second lap, and the pair then pulled away to establish themselves as one-two in the standings.

Hireki made it back into the podium places by passing Jin, but it was short-lived as Jin got back past to claim his first podium.