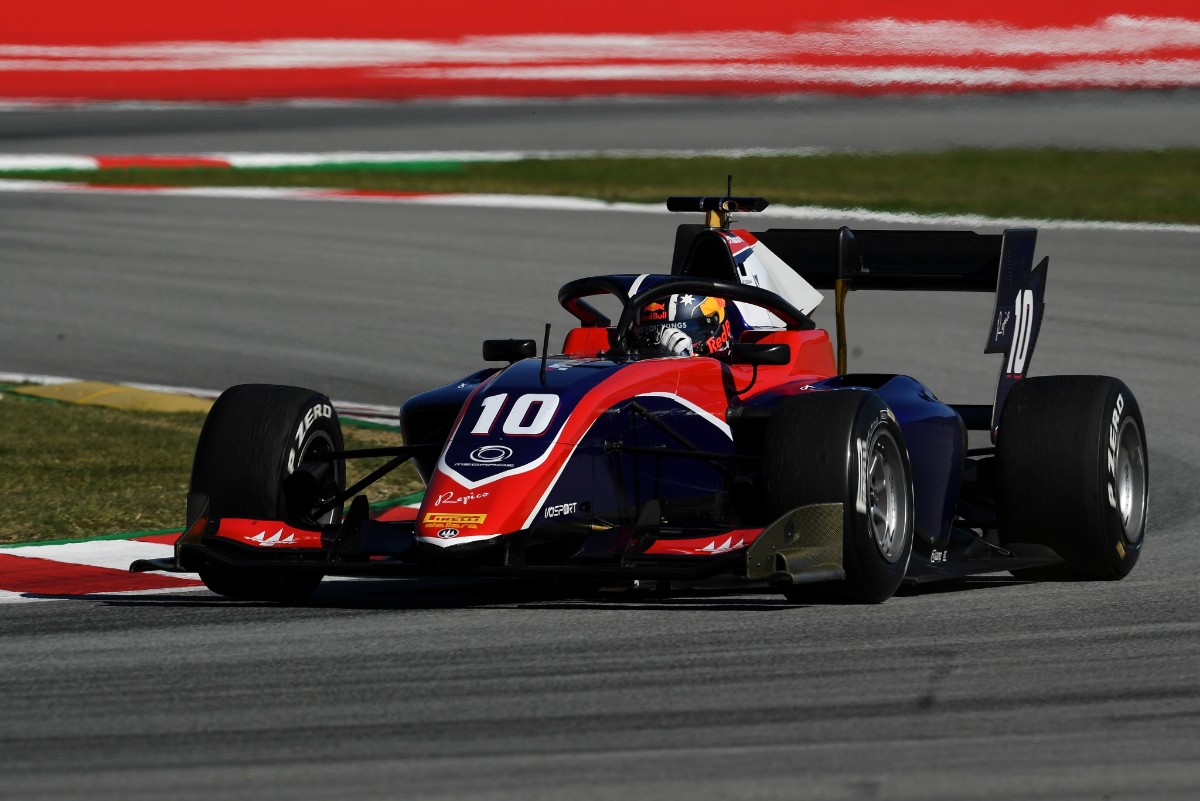 Red Bull junior Jack Doohan was quickest in the afternoon session on the first day of FIA Formula 3 Championship’s post-season test at Barcelona.

Doohan is testing with Trident this week, having completed his maiden FIA F3 season with HWA Racelab. He struggled to 26th in the drivers’ championship without a point to his name.

The Australian teenager set a 1m33.068s in the final 20 minutes of the session, eclipsing Jenzer Motorsport’s Calan Williams by just 0.002s. Doohan’s benchmark is almost nine-tenths slower than Matteo Nannini’s session-topping time from the morning.

Current Formula Renault Eurocup championship leader Victor Martins was fifth quickest for ART ahead of third Red Bull junior Igor Fraga. Hitech GP driver Fraga was on top of the timesheet along with Williams for much of the middle of the session.

Fresh from winning all three races in Formula Regional European Championship’s latest round at Mugello, Ferrari junior Arthur Leclerc was seventh fastest in the second Prema-run machine. With 20 minutes left of the session to go, Prema’s drivers were briefly filling the top three spots.

Ben Barnicoat – one day after winning on his Euroformula cameo at Mugello – was eighth for Carlin and sat in the top three for a long time before drivers started to make improvements in the final 40 minutes of the three-hour session.