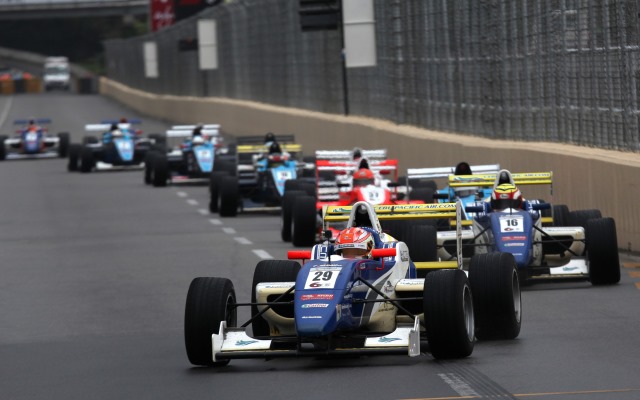 16-year-old Nandy and his KCMG team-mate Dan Wells dominated the wet race, finishing more than half a minute ahead of the rest after only seven racing laps.

The weather conditions meant the race began with three laps before the safety car. Nandy led Wells at the green flag, and used the clean air to open up a three second advantage at the end of the first racing lap.

Wells closed to within a second by the tenth and last lap but Nandy was able to hold on and win.

Tanart Sathienthirakul finished a couple of seconds behind Nagabuchi in fifth, with his Eurasia Motorsport team-mate Matthew Solomon in sixth.