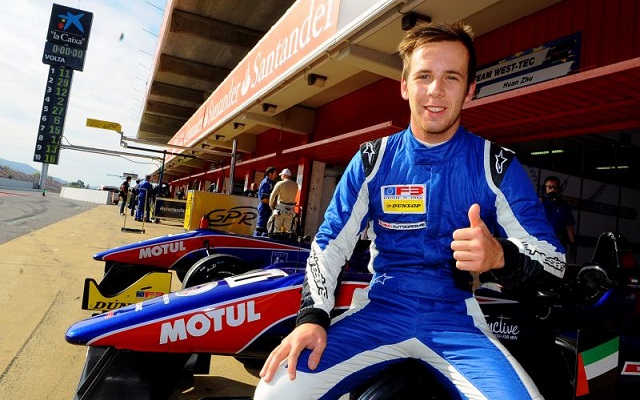 Team West-Tec’s Ed Jones made a huge step towards securing the F3 Open 2013 title this morning as he topped the final qualifying of the year at Catalunya.

However, the title fight is far from over as title contender Sandy Stuvik will be joining Jones on the front row, with the pair separated by less than two tenths.

Behind Stuvik, two of his teammates, Santiago Urrutia and Alexandre Cougnaud, make up the second row of the grid. Nelson Mason lined up in fifth and will start alongside series returnee Tatiana Calderon, who narrowly edged Alex Toril out for sixth.

Coming into the race, Jones leads Stuvik by seven points and, unlike the Thai racer, is not set to drop any scores, having missed the first round of the championship. RP Motorsport’s title challenger has two P5 finishes as his worst results and, as such, will not be add more than 16 points to his tally.